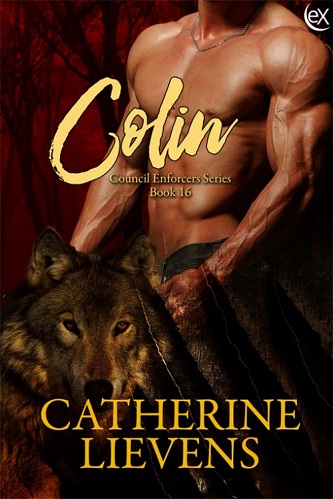 Blurb: Colin has been living half a life for the past twenty years, ever since his father caught him kissing William. Instead of standing up for their relationship, Colin allowed William to be thrown in jail and married the woman his father chose for him. He loves his two sons and even Justine, but they were never meant to be together, and they’ll never be truly happy as a couple. That suits Colin just fine because he doesn’t deserve to be happy. His son Brandon does, though, and when Colin’s father decides to arrange a marriage for him, Colin finds the courage he never thought he had and finally stands up to him.

A half-shifter created in a lab, Matt has been working undercover for the past fifteen years with very little time as his real self in between cases. When he gets shot and realizes he won’t be able to go back to his job, he’s surprisingly relieved. He’ll finally have time to be himself and to cultivate his relationship with the few friends he managed to make in between jobs. And best of all, he’s met his mate. Maybe now they can get to know each other and see what’s possible.

Things aren’t that easy, though. Even after Matt and Colin talk, Colin is still married, still guilt-ridden over the pain he caused William, and still terrified of his father. Justine finds her courage first and tells Colin it’s time for them to get divorced. He agrees—but can he overcome his terror and stand up for himself and his mate?

Review: Each story in the Council Enforcers collection features a new romantic couple. To enjoy the overall story arc and crossover characters, I would recommend reading the series in sequential order. This particular series is branched off from several other series featuring the same crossover characters in many of the books.

Colin has made several mistakes in his life but his biggest was when he lied and the man he was in love with was imprisoned. He was afraid of his father and most important, moving forward. He had been forced into marriage and having children, but now it was time to come clean. He had a mate, a male mate. A mate that had been created in a lab.

Matt was an enforcer and always went undercover to get the truth. That is until someone realizes who and what he was. So he needs to learn how to duck better. He was tired and ready for a change, and when that change includes his mate he is all for it.

I had never really liked Colin but his story is quite interesting and very entertaining. He definitely comes off as a wimp until the very end when he shows his strength. This story gave me almost everything I could ask for in a story and so much more. Danger, excitement, cranky teenagers, feisty soon to be ex-wives, some hot sexy times and well you can find out. I couldn’t put the book down and will admit that this story is one of those that will be read more than once.

I had a blast reading it and can’t wait to get my hands on the next book.