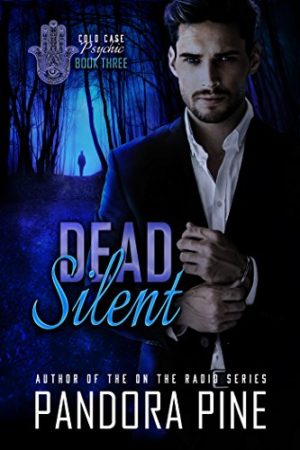 Blurb: After a dramatic end to the Justin Wilson case, Psychic, Tennyson Grimm heads to a small island off the coast of Maine, hoping to clear his mind and renew his spirit. When the dead won’t let Tennyson rest, the psychic curses his gift and orders the spirits to leave him. He wakes the next morning to silence, and finds truth in the saying, “Be careful what you wish for.”

Detective Ronan O’Mara has been tasked by his boss with the chore of finding a more “sedate” cold case to investigate this time around. The handsome cop is only too happy to oblige. He chooses the twenty-year-old case of a family patriarch who was murdered on Christmas night, 1997. The only possible suspects are either his wife or his daughter, who were both with him at the time of his death. Ronan figures this one will be a piece of cake. All he has to do is get his favorite medium to talk to the deceased man’s spirit.

When Tennyson reveals the truth about what happened in Maine, he’s forced to take a hard look at who he thought he was, and what his gift really means. Ronan does his best to help his lover cope with his new normal while he uses good old-fashioned police work to figure out a family who put the ‘dis’ in dysfunction.

Will Tennyson be able to find the key to unlock his gift, or will the spirits stay dead silent?

Review: Tennyson gets exactly what he asks for when on vacation he can’t stand the voices and asks to be left alone. Silence rains down for the first time ever and Tennyson is scared of being cast out. I loved how Tennyson was struggling to living without his gift and relying on instinct and facts.

Each of the characters reconnected with them themselves and each other in this addition. I liked how even though Ronan had no clue how to help Tennyson he was there for him. Their relationship seemed to grow stronger between them as a result.

Interesting addition to the series.