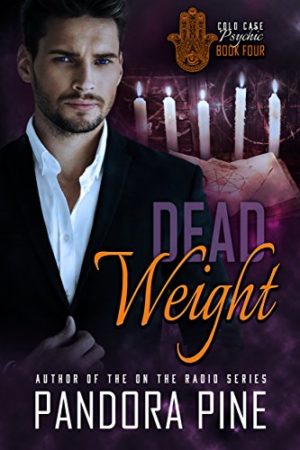 Blurb: Cold Case Detective, Ronan O’Mara, is looking forward to starting a new life in his new home, but when a strange house warming gift appears on his doorstep, he has no idea that it marks the start of a series of events that will put his life, and the lives of everyone close to him in danger. When murders similar to those committed by dead serial killer, Rod Jacobson, start occurring around Boston, Ronan is certain he has a copycat killer on his hands.

Psychic, Tennyson Grimm, is approached by friends for help dealing with issues surrounding their son. He quickly realizes there is more going on with the boy than teenaged angst. Though he doesn’t want to believe it, his psychic abilities and a series of strange paranormal occurrences point to a link between the troubled teen and the murder victims that are turning up all over Boston.

When Ronan is attacked during the investigation, it’s up to Tennyson and Captain Fitzgibbon to find the killer without him. Will they be able to stop the murderer before the evil that surrounds him destroys them all?

Review: A copy cat killer hits close to home in this addition. Ronan knows he shot the killer but now someone is copying the killers MO. This story has it all mystery, suspense, drama and edge of your seat scenes.

I liked how close Ronan and Tennyson’s group have gotten. It shows in this story as the events unfold. I don’t want to give anything away but I will say it was devastating at the end.