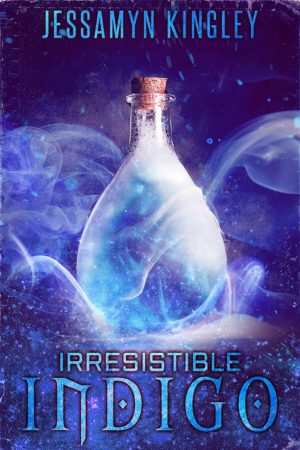 Blurb: Since arriving at the Draconis Court of D’Vaire at the age of sixteen, Idris has done everything he can think of to make his new family proud of him. After five years of challenging work, he is finally poised to reach the highest rank within the Spectra Wizardry. The only glaring thing missing is his mate. While he may be young, Idris wants to share his heart with his other half, so he asks Fate to send him a nice dragon who will be kind to him and his familiar. He does not want to be demanding but Idris knows without him he won’t be complete.

Review: I adored Idris and Mac in this delightful story. Though not action packed like previous books this story still tells the tale of Idris as he achieves his goals throughout the story. The actual spell he performs blew my mind. I loved how the D’Vaires and their many friends we’re constantly encouraging and supporting both these men.

There were some hilarious moments that had me chuckling as the story progressed. I was troubled by Duff’s attitude as the story went along. Delaney for his part tried not to let Duff get to him. So many wonderful descriptions of Idris’ work not to mention his struggles with himself about things from the past.

This series is an ongoing adventure for the D’Vaire, their allies and enemies. I so have enjoyed the continuation of each and every book as I was taken along for the ride. There is never a lack of hilarious moments as well as thought provoking mysteries, solutions and problems that arise.