Hi guys! We have Sarah Hadley Brook popping in today with her new release Love In The Clouds, we have a great excerpt and a fantastic $25 Amazon GC giveaway so check out the post and enter the giveaway! ❤ ~Pixie~ 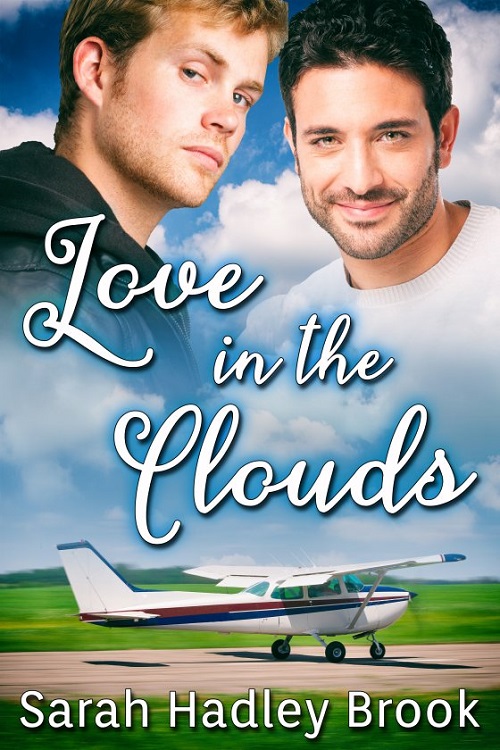 Love In The Clouds

Rafael Patino has a great life in Rain Valley. He’s a teacher at the high school, has a great group of friends, and enjoys the occasional baseball game. Other than the sporadic call from his drunken mother, he’s pretty content.

He’s also been in love with his best friend Dustin for nearly a decade. Years of keeping those feelings under control are put to the test when they begin a summer project together.

Dustin Vance builds furniture for a living, has just earned his pilot’s license, and has an amazing best friend. When he buys a 1976 Cessna Skyhawk, he asks Rafael to help restore it, then travel with him to Wisconsin for the largest aviation convention in the world.

As they spend their days working on the plane, they begin to spend their nights together. Will they find love in the clouds, or will they stall out before they even take off?

A cool breeze blew past him as he walked into the night. Rafael texted Dustin before he pulled out of the parking lot, letting him know he was leaving and asking about Mac’s phone number. But since Dustin was probably sound asleep, he’d likely have to get that number after sunup.

As he turned onto his street, he saw a vehicle in his drive—Dustin’s Honda. His best friend had a key, so was probably inside.

He eventually found Dustin sprawled on his sofa, sound asleep, his arm crooked over his head. Rafael felt drawn to him like a magnet, but being too damned tired to fight his urges, he let himself look. Dustin’s T-shirt had ridden up, showing a stripe of pale skin, and Rafael imagined it soft and silky. His fingers itched to slip under the hem. He stared a little too long, though, and by the time he dragged up his gaze to

Dustin’s face, he found his friend staring back at him, smirking.

“You want to take a picture of…something?” he drawled teasingly.

Heat flooded Rafael’s cheeks and he forced a chuckle. “Whatever.”

Dustin rose and hugged him hard, as if just remembering what had happened. “God, I’m so sorry, Raf. Is the girl going to be okay?”

Rafael nodded, but wrapped Dustin in his arms, his head falling on the man’s shoulder. They stayed like that for a while. With anyone else, Rafael might have been embarrassed that he was fighting the urge to cry. Dustin held him tight and shared his strength. It crept into Rafael, shored him up. Helped him get past the image of Daisy huddled in that hospital bed. At least for a while.

When he finally pulled away, Dustin kept his arms around him and Rafael was too exhausted to read anything into it.

“Because I know you, Raf. I know you care about your students—you open your heart to everyone. But I also know you’ve been particularly worried about this girl. I just didn’t want you coming home to an empty house.”

Rafael’s heart cracked more and he felt raw, open, and vulnerable. The world had reared its ugly head and shown its hideousness. He also felt lonely. Bone tired and so lonely. And he didn’t want to be lonely. At least not for the night. He swallowed hard. “Will you…stay?”

Dustin nodded, no hint of hesitation in his blue-green eyes. “Is there anything else I can do?” 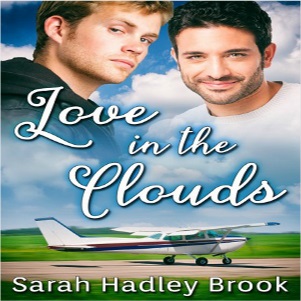 One thought on “Love In The Clouds by Sarah Hadley Brook Release Blast, Excerpt & Giveaway!”