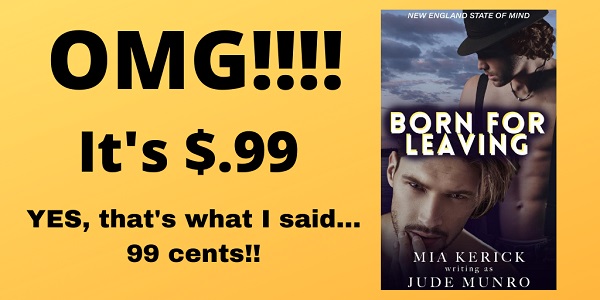 Hi guys! We have Mia Kerick writing as Jude Munro popping in today with her newest release Born For Leaving, we have a great guest post from Jude, a brilliant $10 Amazon GC and Prime’s review so check out the post and leave a comment to enter the giveaway! ❤️ ~Pixie~ 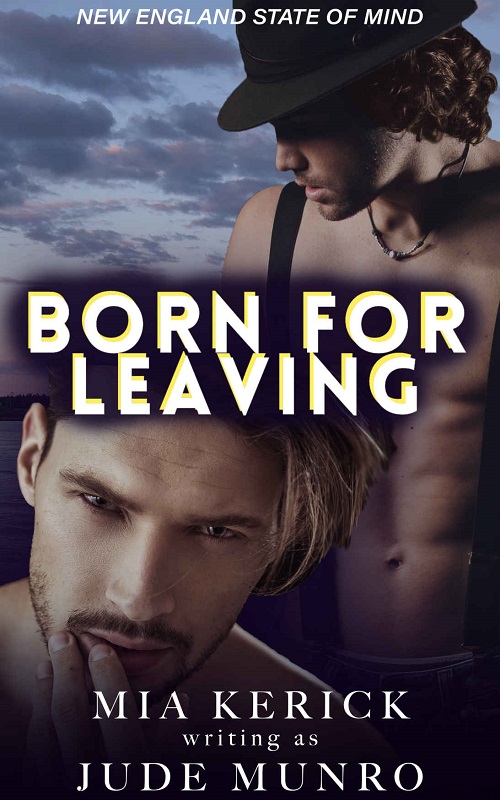 When they say be careful what you wish for, do you pay attention?

Neither did Oliver Tunstead.

Oliver wishes for nothing more than to get his mind off his crappy bartending job, pile of debt big enough to swallow him whole, and playboy ex-boyfriend/boss who refuses to back off. Too bad distractions, like the hot little convertible he has his eye on, cost megabucks. And Oliver is flat broke. Renting the spare bedroom in his rundown beachfront cottage is his only option to pick up the cash he needs–a risky proposition, as Oliver is the polar opposite of a people-person. When he responds to a bizarre ad in the Waterfront Gazette seeking summer housing, he gets more than he bargained for. But Oliver can cope… After all, how much harm can a single quirky tenant do to his tightly guarded life in three short months?

Where Oliver is a loner by design, urban cowboy Bodie is a loner by necessity. A family dispute long ago dropkicked him onto the path of a lifelong wanderer. This changes when Bodie moves into the tiny beachfront cottage and starts working the door at Oliver’s bar.

Despite Oliver and Bodie’s nearly paralyzing instinct to avoid commitment, they fall into a wary romance. And to their surprise, life as a couple is sweetly satisfying; that is, until their jealous boss devises a cruel plan to destroy the tentative bond they’ve built. True to form, Bodie hits the road, leaving Oliver to lick his wounds alone.

Can these wounded souls defy their urge to flee and fight for love?