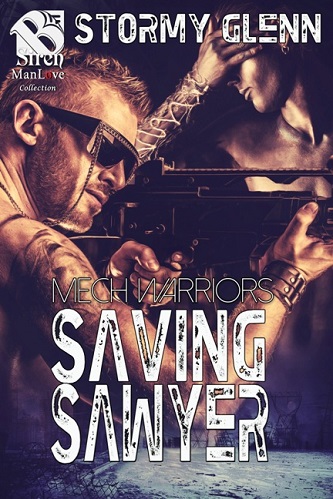 Blurb: Allied Defense Force soldier Stefan Andres lost the love of his life two years ago in a terrifying mech attack. He harbored hatred in his heart until his friends convinced him Sawyer might still be alive. Dealing with the guilt of shooting his commander isn’t nearly as overwhelming as discovering Sawyer is actually alive. What he learns when he finds the man might be more than even he can handle.

Lewis Sawyer loved Stefan more than his next breath, which was the only reason he forced himself to stay away from the man after escaping the mechs. What was done to him could put Stefan’s life in danger. When a nighttime attack forces him to come out of hiding, he has to face his demons, and the love he left behind, but will Stefan see him as the man he was or the monster the mechs made him?

Review: For many years Stefan followed his team and commander. He fought mech’s, saved humans, searched for his commander’s man. However when the man he loved was killed he blamed Roark for it. He was stuck in his grief. That is until Frankie suggested that just maybe Sawyer was still alive. That was after he made the mistake of shooting Roark. Now he was determined to find the man he loved.

Sawyer had been abducted by the mech’s two years ago and for six months they kept him. Then he escaped but hid away from his team. The mech’s had done things to him that he just didn’t think anyone would accept him. Either that or they would experiment on him. Then after a fight with some baddies he knew he had to let Stefan know he was alive. Then wait for the man to kick his ass.

A virus killed millions over ten years ago, a warrior changed, some exciting new twists to the story and lets face it this was a big hit with me. The characters were fun to read about and their stories just made me wish I was there with them. What was truly shocking was that the virus didn’t have anything to do with the aliens but with the government. So two different dangers with pretty much the same ending, death.

The thing that I didn’t much care for was how Sawyer didn’t show much trust with his team nor with the man he loved. It moved maybe a bit to fast for me in parts of the story. However it doesn’t take away from the story to much.

I had a blast reading this and can’t wait to read the next story. I can guarantee that it will be read many times over. 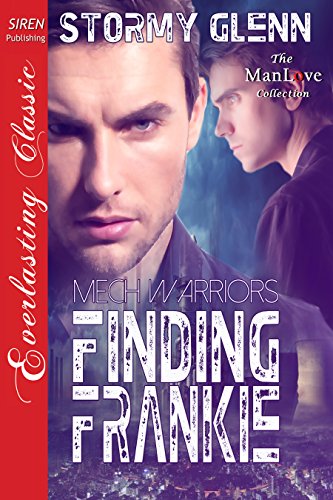 Blurb: Ten years ago, Roark lost his lover to a virus that killed millions. He’s searched for Frankie ever since. But bringing Frankie back might cost him more than his sanity. It might cost him his life.

Ten years ago, a virus swept the planet, killing millions. Just as the human population was starting to recover from that disaster, mechanical aliens invaded Earth looking for iron–and they had no problem exterminating the human race to get it.

Anthony Roarke lost his lover in the first wave of the virus. Frankie’s family secreted him away in a cryogenics facility until a cure could be found. But that was before the mechs invaded.

Roarke has searched for Frankie since the day he disappeared. Once word reaches he that Frankie has been located, Roarke wastes no time in going after his lover. But brining Frankie into the new world might cost him more than his sanity. It might cost him his life.

Review: Ten years ago out on a date, Frankie had been injected with a virus that had killed million’s of people. He had been turned into a popsicle to keep him alive until a virus had been created. The problem was that had been five years before Frankie had been saved. His parents had placed him as far from the man he loved. So when Roark brought him out he had no clue of the new world or the dangers that existed.

Roark was the commander of his team keeping them alive, saving those in danger, taking out the mechs and looking for the man he loved. He knew he was going to have to explain what was happening but damn if his heart didn’t sing.

There was only one part of the story that I absolutely hated and that was mentioning to a man he loves that he slept with three guys. However I understood the reasoning for him letting him know due to the fact that one of them was at their camp, so it was all good. Plus Frankie punching the guy once was a fine addition. As always the author has created a world that is not only fascinating but kept my attention throughout. I loved the guys and their friends quite a bit. I really liked Frankie’s spunky attitude.

This story was a blast and I can honestly say that it will be read many times over. There is a serious tone to it, but humor was mixed in. It was the perfect story to me and I can’t wait to get started on book two.