Hiya guys! We have Jenn Burke popping in today with her new release Graveyard Shift, we have a great excerpt and a fantastic giveaway, so guys check out the post and enter the giveaway! ❤️ ~Pixie~ 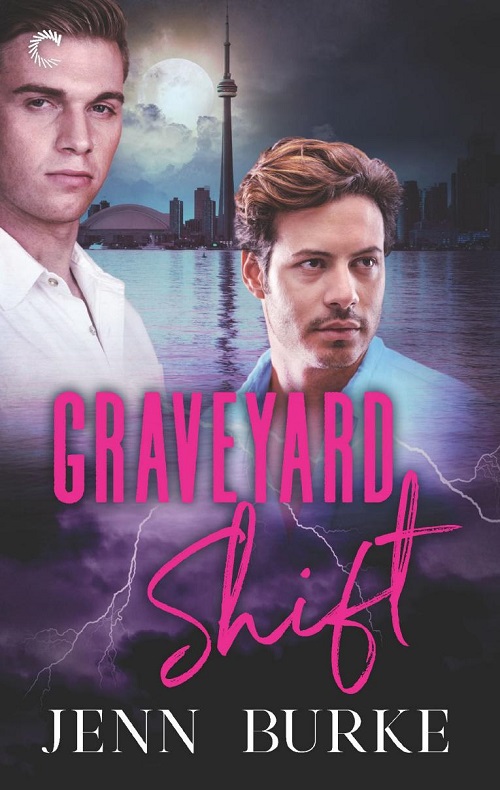 Ghost/god Wes Cooper and his not-life partner, vampire Hudson Rojas, have settled into cohabitation in an upscale part of Toronto. So what if their hoity-toity new neighbors haven’t exactly rolled out the welcome mat for the paranormal pair? Their PI business is booming, and when a suspect they’ve been tailing winds up in the morgue, it’s alongside a rash of other shifters in apparent drug-related fatalities.

Now Wes and Hudson must connect the dots between the shifter deaths and an uptick in brutal vampire attacks across the city. Throw in a surprise visit from Hudson’s niece—who may or may not be on the run from European paranormal police (who may or may not exist)—and guardianship of a teen shifter who might be the key to solving the whole mystery (if only she could recover her memory), and Wes and Hudson have never been busier…or happier.

But when a nightmare from Hudson’s past comes back to haunt him, their weird, little found family is pushed to the brink. Mucking this up would mean Hudson and Wes missing their second chance at happily-forever-afterlife…

END_OF_DOCUMENT_TOKEN_TO_BE_REPLACED 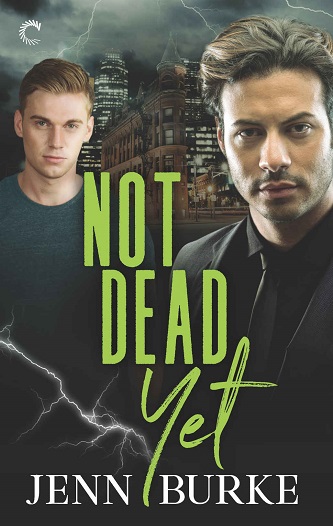 Title: Not Dead Yet

Blurb: Dying isn’t what it used to be.

Wes Cooper was dead. Then he wasn’t—though he’s not exactly alive, either. As an immortal not-ghost, he can transition between this world and the otherplane, which makes him the perfect thief for hire. For seventy years he’s made a “living” returning items to their rightful owners, seeing his fair share of the bizarre in the process. But he’s never witnessed murder. Until now.

His latest mission brings him more than he bargained for: a very-dead actor who is definitely going to stay that way. It’s just Wes’s luck that his ex-boyfriend, Detective Hudson Rojas, is assigned to the case. Hudson broke Wes’s heart years ago—and could again, given he’s rocking a hot silver-fox look that shouldn’t be legal.

As they work together to track down the murderer before anyone else gets hurt, it becomes clear Wes and Hudson have unfinished business. And when a secret Hudson’s been keeping threatens more than just their happiness, it might mean the end of their not-life together—permanently.

Review: I really enjoyed reading this story. One of the characters, Wes, was unique in that he was dead but brought to life and now n ghost himself to recover items for his clients. I was honestly confused as to how he ghosted somewhere then traveled somewhere only to reappear in his actual body. I could not figure out how that was possible.

Hudson is Wes’ ex and a detective now thirty three years after they broke up Wes ends up calling him about something he saw. The two have some tense moments when they meet up to discuss the murder. From there the story delves further into the mystery as bodies start piling up.

I loved how the story unfolded it was riveting and captured my attention from start to finish. The paranormal aspect made for a deeper mystery and the clues were compelling. Hudson’s secret was mind blowing as well as the circumstances surrounding it.

I loved everything about this story and was on the edge of my seat throughout the entire book.