Hi guys! We have Kelly Haworth popping in today with her new release Read My Mind, we have a great excerpt and a brilliant giveaway so check out the post and leave a comment to enter the giveaway! <3 ~Pixie~ 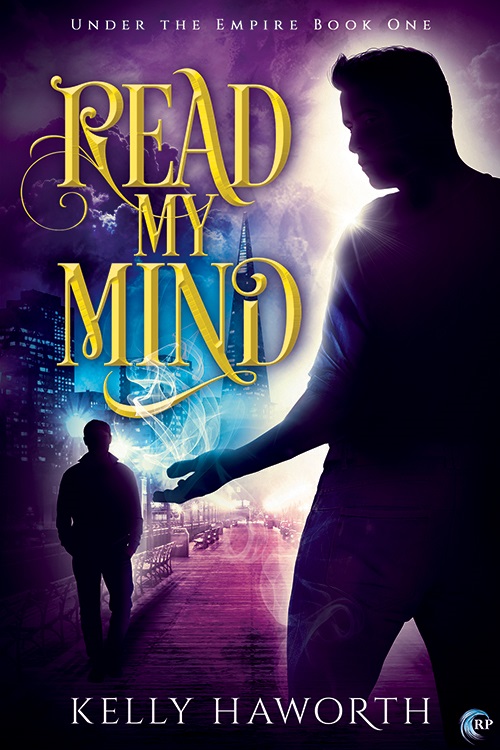 Scott Kensington lives happily without magic; prayer is all he needs to worship the gods. Then he starts his studies at the University of Frannesburg, and not only is he suddenly surrounded by eccentrics—those gifted with magic—but his own latent ability begins to surface, with consequences that could tear his soul and family apart.

Nick Barns is grieving for his lost mother and desperate for distraction—usually in the form of limited-edition action figures. As a telekinetic, he’s no stranger to magic, so he offers to help Scott adjust to his new powers. They quickly learn how their magics interact, their shared passions soon growing beyond superheroes and immortals. But Nick’s not taking his studies seriously, and his father threatens to pull him from the university. Overwhelmed by his own crumbling family, Scott’s convinced he can’t handle a relationship, but he doesn’t want to let Nick go.

With grief, guilt, and magic complicating everything between Nick and Scott, it seems that not even the gods—or a new comic book—can save their relationship now.

Sometimes, even reading someone’s mind won’t help you understand what they want.