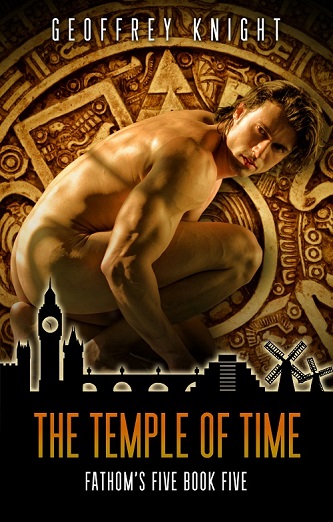 Title: The Temple of Time

Blurb: There is a civilization that vanished without trace. There is a lost temple that can change time as we know it. There is a fragile fraternity that protects the most important secret in human history. And there is one man who will destroy everything and anyone to know the truth—his name is Caro Sholtez.

In his possession are the four pieces of the most powerful mythical clock in the world, and the only person who can stop him from finding the Temple that can unlock Time itself is Professor Fathom.

And so it seems to Caro Sholtez that distractions, kidnappings, killings are necessary to disperse the Professor’s men to keep them from stopping him from finding the one thing he wants—the power to control the passage of Time.

From the markets of Marrakesh to the pot parlors of Amsterdam, from the landmarks of London and Prague to the very cradle of Mayan civilization, join hunky New York adventurer Jake Stone, Brazilian biologist Eden Santiago, Texas cowboy Shane Houston, Italian art expert Luca da Roma, and Californian college quarterback Will Hunter on their greatest adventure yet.

**Please note: This is the fifth book in the Fathom’s Five adventure series. It is recommended to read the series in order to fully appreciate the sequence of events.

Review: The gang is back for more adventure in this exciting addition to the series. Caro wants the piece of the clock to change time. He will stop at nothing from attaining the knowledge he seeks to achieve his goal.

Exciting, adventurous and danger are all in abundance in this fifth installment. The gang must stop Caro, but Caro is on a mission no matter the cost. Fathom’s Five finds themselves in precarious predicaments to save time itself from a madman.

I truly enjoyed this action packed installment. Danger is in abundance as well as sexy times in between the adventures the group are involved in. A wonderful thriller/adventure in the series.