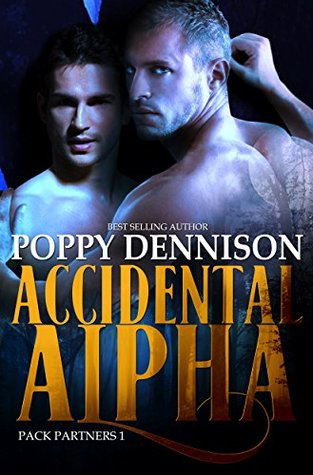 Blurb: A quiet life. A break from the dangers of being a cop. Yep, Lex Tompkins has his future all worked out. That is, until fate in the form of a stray toddler bites those plans in the ass. Well, technically Lex’s neck. Suddenly, he’s transformed into the Alpha of the secret werewolf clan hiding across the street.

As Lex tries to navigate his new role as the unlikely leader of a dysfunctional pack, he turns to Spencer Robinson for help. Spencer is the one shifter Lex can’t seem to resist, even though before his change he barely knew the man existed.

Lex has a lot to learn before he can truly embrace who he’s become. Because accidents happen, but fate marks its own territory.

Review: Lex is accidentally turned into a wolf after the Alpha dies. He is thrust into Alpha position and learning what all that entails. I found this story cute. I loved that it was not insta attraction between Spencer and Lex as is usually common in these types of stories.

The romance was in the background while the focus was on the pack and everyone else which i appreciated. I loved how Spencer did not automatically trust Lex’s change in attitude toward him yet at the same time I was confused when it happened as Lex did not seem romantically interested in him.