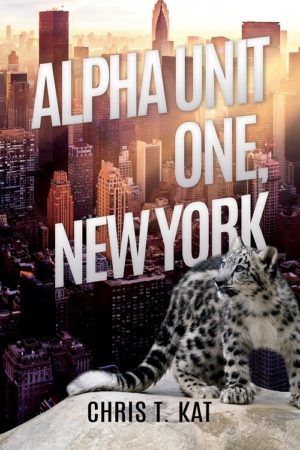 In a world that accepts shifters as normal and thinks nothing of human/shifter couples, baby shifters and small shifters are treated as subpar. They are not allowed into the more dangerous professions, and their mates have legal control over what they can and cannot do.

Nicholas Reed is about to challenge the established rules. At twenty-eight, Nick has just been accepted into New York’s Alpha Unit One—an elite law enforcement team, composed equally of humans and shifters, that specializes in drug crimes. It is Nick’s dream job. But if they find out what he’s hiding, his career could be destroyed.

Enter a huge complication in the form of Sam Black, an older lion shifter who is the leader of the unit… and Nick’s mate. Nick wants Sam, and he wants to keep his job, but he can’t have them both. He also can’t choose between them.

Review: Oh my goodness I loved this story. It’s rare where you read a story about grown men shifting into baby shifters. The ones introduced in this story were so cute and adorable. Baby shifters basically have no rights. Their mates get to decide their jobs for them. I have to admit this pissed me off. Yes they shift into baby shifters but they are still grown adults.

Nick’s character was a blast to read. He was cheeky, sarcastic and intent on his remaining part of the team despite his baby shifter status. Sam, an Alpha lion shifter and leader of the team, is shocked when he discovers Nicky’s secret. He tries to keep Nicky out of danger by telling him what to do which does not go over to well.

I liked the whole teams acceptance of Nicky and Connor. Sam and Nicky work things out in their own time. I hope this will become a series as a few questions remained unanswered especially about the culprits EFSS and the other Alpha Unit team that was ambushed. I want to read more about all these teams and what happens.