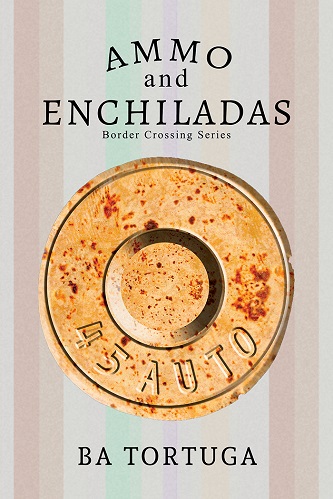 Blurb: After a night at the movies in Albuquerque, NM, Brantley’s best friend, Matt, is shot right in front him during a robbery. Stunned and devastated, Brant tries to help Matt’s husband, Travis, deal with the funeral details even as he struggles with his own grief and Travis’s blame. When Travis’s best friend arrives, Brant is both annoyed and grateful, because he is so darn tired and can use the help.

Lex Espana is ashamed to admit he hasn’t seen his childhood best friend since Travis’s wedding. He’s even more amazed that he barely remembers Brant from that wedding, because he’s sure interested now. While it’s weird to fall for someone at a funeral, his feelings for Brant are real and make him long for a life he didn’t realize he was missing.

Neither Lex nor Brant knows how to be part of an us, though, and they both have a lot to work through before they can settle in. To become a real couple, Brant and Lex will have to dig deep to get past the roadblocks in their relationship.

Now, I love BA Tortuga. I really enjoy Tortuga’s writing and always look forward to a wonderfully sexy cowboy romance, some books are sweet, some are angsty, some have a touch of mystery. There’s always something to enjoy as long as you love a cowboy!

However, even though I knew that this was part of a series, I didn’t realise that it was the second book. I have zero recollection of whether or not I’ve read book 1 before (Bombs and Guacamole), but this totally works as a standalone book. I had to think but I’m pretty sure that the link is tenuous (as in one of the previous MCs, Dusty, pops up occasionally in the role of best friend and work colleague) and not vital to read in order.

The book starts in sorrow. Brantley (or Brant) was out for a night of fun with his best friend, Matt, while Matt’s husband stayed home grading his student’s papers. They went to the movies and on the way home pulled into a gas station/convenience store, where a robbery goes wrong and Matt is killed in front of Brant. He is shattered, naturally, Matt is like a brother to him and he holds both Matt and his husband dear. Yet, his world takes another blow when Matt’s husband, Travis, blames Brant for Matt’s death.

Then in comes Lex Espana. He is Travis’s best friend, although in part because he was living so far away, he hasn’t seen Travis or Matt since their wedding. He doesn’t really remember Brant, although they were both their friends’ best men at the wedding. When Travis calls in tears, telling Lex the news that Matt has been killed, Lex drops everything to go to his friend. Over the days and weeks to follow, Lex supports his best friend in any way he can. He also finds himself supporting Brant when Travis lashes out at Brant over Matt’s death. Tensions are running high with various family members, including Matt’s parents who consider Brant a son, are gathered to mourn Matt.

It’s a complicated situation but slowly Lex and Brant get to know each other properly, after only a passing acquaintance at the wedding and hearing about each other in the intervening time. The circumstances of Matt’s death are a close reminder of how short and fragile life is and so the men embark on a journey together that could lead to great happiness.

This story goes through a roller coaster of emotions, I think there may have been tears. Lex and Brant are perfect for each other, I love their chemistry and despite not being big on relationships both men help each other as they get to know each other. It’s a really pleasing relationship which comes from a time of grief. This is both heart-warming and heart wrenching.