Hi guys! We have Lynn Lawler stopping by today with her new release Awakened by Fate, we have a great excerpt so check out the post and enjoy! ❤ ~Pixie~ 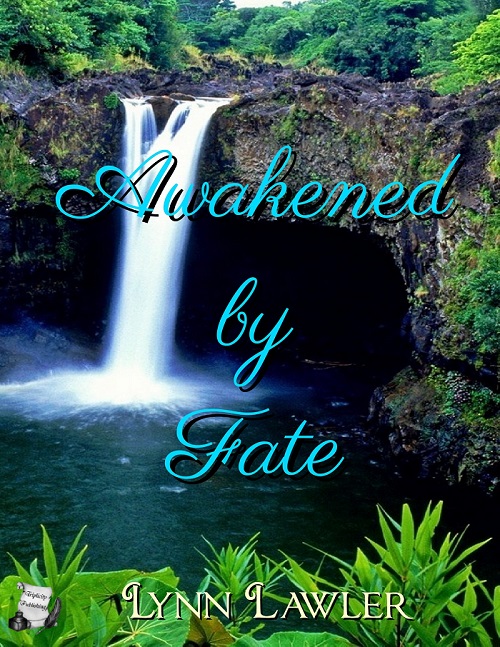 Jackie is a woman living life according to her own rules. She’s married, but it’s the unspoken, open kind. She can have as many female lovers as she likes; she just can’t talk about them.

After a bizarre encounter turns her world upside down, things slowly begin to change. She finds herself in desperation as she searches for answers. What she discovers is nothing is delivered in a neatly wrapped box.

Now that everything has been brought out into the open, she finds she can’t run away from her truth anymore. With her new life, comes new responsibilities and a different outcome than what she was expecting.

Jackie isn’t alone in the story. She meets several new people who help her along her journey.

She did her best to blend in, walking around, drink in hand. Then she saw Holly. This time she wasn’t letting her get away, so she locked in on her.

Arching her eyebrow, Holly said, “So you’re back, I see. How would you like to go do something bad?”

Jackie felt her heart race like she was running a marathon. Her nipples hardened and her insides quivered. Smiling, she replied, “What did you have in mind?”

Jackie led her to the pool house. She imagined feeling the warmth of the woman’s smooth naked skin against hers.

They slipped into the darkness. The glow of the full moon provided their only light. Closing the door, Holly was suddenly all over her. “Are you ready for the ride of your life?” Holly asked.

Jackie barely got, “Oh, yes” out of her mouth when Holly’s mouth was upon hers. She worked her tongue into Jackie’s mouth and their tongues danced. Reaching behind Jackie, she unzipped her dress and gently moved it over her shoulders. It fell to the floor and Jackie kicked it away. Lynn Lawler is a fiction writer, who writes stories greatly inspired by the LGBTQ community and her own experiences.  Her novel, Awakened By Fate is a story about a woman in denial about her true potential who encounters a reality that opens her up to a new awareness; suddenly things she feared the most became her life.

Lynn has had a lifelong interest in writing and wrote short stories while in school.  In college, she wrote an editorial that was published in The Detroit Free Press.  It focused on the positives of children’s education in the sciences.  She found this to be very inspiring and felt that people needed awareness to create an attraction for students to study these.

During her early adult years, Lynn went on a spiritual journey to Arizona seeking enlightenment.  While there she got to experience some things that were life-changing.  She first managed a vendor booth, selling nutritional supplements at an open market.  Then, as one door closed another one opened.  After this job ended the next day she started working at a produce department in Tempe, AZ.  While working at the coop, she educated people on sprouting as well as the health benefits of juicing. Lynn is vegan and has been vegetarian her whole adult life.

She also has work experience in Architectural design.  She likes the creativity of this field, but her passion lies in writing.

Lynn started writing several years ago after she watched a documentary on the life of the 20th-century writer Willa Cather.  At the same time, she experienced a loss that encouraged her to take this direction.  After writing the initial outline and first draft, the author embraced a new awareness that changed the path of her life.  The trials of Lynn’s life have only served as stepping stones to a brighter outlook and a stronger spirit.

Lynn has always been a fan of books with some of her favorite authors being Mary Higgins Clark and J.K. Rowling.   She also loves reading the works of other LGBTQ authors such as Suzie Carr, KA Moll, and Amy Dunne.  She enjoys material of the unknown, mysterious, and mystical.

She is the owner of Lynn Lawler’s Book Blog, a site where she has interviews and reviews. It can be found at www.lynnlawler.wordpress.com and www.lynnlawler.blogspot.com.

In her spare time, she enjoys traveling, meditation and watching baseball.  She lives in SoCal with her wife and cats. One thought on “Awakened By Fate by Lynn Lawler Blog Tour & Excerpt!”