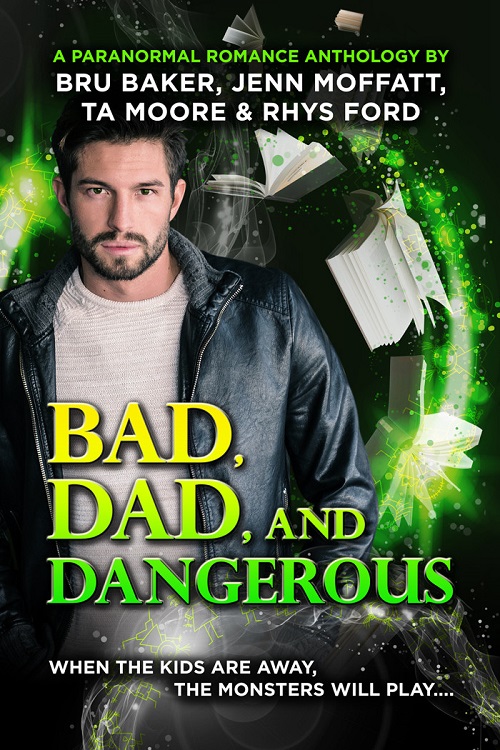 Thanks for letting me pop in to talk about my latest book, Monster Hall Pass, which is part of the Bad, Dad, and Dangerous anthology with Rhys Ford, Jenn Moffatt, and TA Moore that comes out on Oct. 6.

The premise of all of the books in the Bad, Dad, and Dangerous anthology revolve around the dads dropping their kids off at summer camp and then spending weeks without them, doing their own thing. (In Hugh’s case, draining criminals to keep his vampiric urges sated the rest of the year.)

So here’s the rub. How do you write a good dad character when he spends 95% of the book apart from his kid? If readers aren’t seeing him interact with his child, how do they know his motivations or what drives him?

I wanted readers to see that Hugh was a devoted dad, not just tell them he was. So in the beginning of Monster Hall Pass the reader gets to see Hugh basically frisking his daughter for contraband snacks as she packs for camp. Those of you who haven’t sent children to camp (or have well-behaved children) might ask–is that really a thing? Yes. Yes, it is. Never underestimate the deviousness of a child hellbent on making friends or money.

The simple interaction between Hugh and his daughter Ruby shows the reader a lot about their relationship. For starters, she’s comfortable enough with him to try to get away with sneaking contraband to camp, but she respects him enough not to lie about it once she’s caught.

Stay tuned later in the tour for a bonus scene that’s not in the book–Hugh at that PTA meeting where he nearly vamps out. 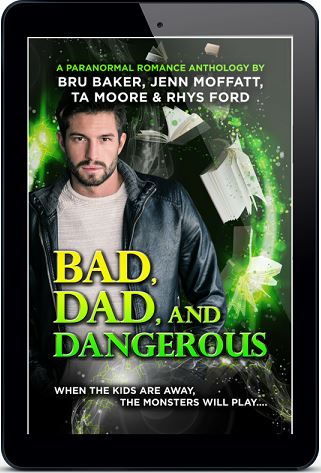 Hugh spread the food out on the floor and quirked an eyebrow at her, letting the silence build until she burst.

He cocked his head to the side a bit, waiting her out.

“Last year Emma got a care package from home with snacks, and everybody wanted some,” she blurted.

“Ah. And you thought having contraband snacks would be the way to make friends?”

She’d been going to the same camp for years and had a group of girls she always bunked with. They were pen pals during the year, and they’d even visited a few of the girls who only lived a few hours away. Why did she need to make new friends?

Ruby hesitated and then shook her head. “No. She didn’t have enough to share with everyone, so kids started offering her money.”

Hugh bit back a laugh. He needed to be stern, no matter how amused he was by her scheme. “And you thought you could make money selling snacks?”

It was admirable, really. And if his health didn’t hang in the balance, maybe he’d let her do it. But he really couldn’t afford for her to be kicked out of camp. The small meals he could get during the year weren’t enough. He needed to drain a few victims to keep himself going, and that couldn’t happen here in Cincinnati. He needed the anonymity of a bigger city, one where a few unexplained deaths wouldn’t spark an investigation.

“Sorry, kiddo. You know the rules. No food from home.”

Ruby sighed and gathered up the pile. He followed her as she trudged into the kitchen.

“There are good reasons for the rules, Rube. Ashlynn’s diabetic, isn’t she? And Cadence is allergic to nuts.”

Sometimes the ridiculousness of his life snuck up on him, and this was one of them. He was a vampire. He killed people to stay alive. Yet here he was in his suburban kitchen, listing off his daughter’s friends with food allergies.

“And there are bears,” Ruby said knowingly.

“I don’t think there are bears, Ruby.”

He shook his head and let it go. There were no bears in Ohio. Or very few, at least. And certainly no bears at the camp Ruby attended. He’d spent months picking it out, reading tons of reviews and even touring the camp itself before enrolling her. He was a total helicopter dad, and he knew it.

“No contraband. Take a final pass through your room and make sure you haven’t forgotten anything,” he said like he wouldn’t do a double check himself before they left. His baby girl would be gone for a full month this time—there was no way he would leave anything to chance. What if she forgot the lavender-infused eye mask she needed to fall asleep every night? Or the natural silk pillowcase and sheets that were the only bedding her sensitive skin could tolerate without breaking out into rashes?

The blog tour ends tomorrow at Twinsie Talk. See you there! 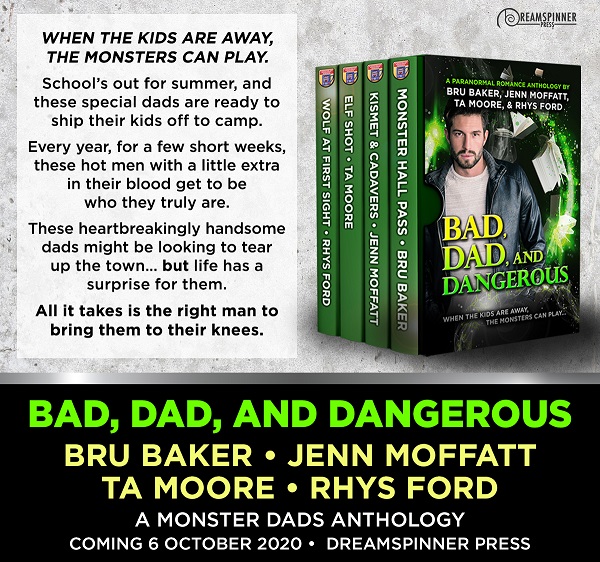 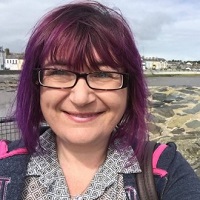 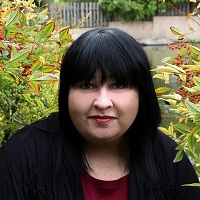 She’s also quite skeptical about bios without a dash of something personal and really, who doesn’t mention their cats, dog and cars in a bio? She shares the house with Harley, an insane grey tuxedo as well as a ginger cairn terrorist named Gus. Rhys is also enslaved to the upkeep a 1979 Pontiac Firebird and enjoys murdering make-believe people. 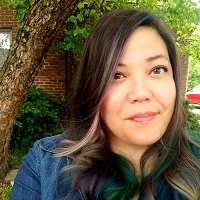 Bru spent fifteen years writing for newspapers before making the jump to fiction. Whether it’s creating her own characters or getting caught up in someone else’s, there’s no denying that Bru is happiest when she’s engrossed in a story. She and her husband have two children, which means a lot of her books get written from the sidelines of various sports practices. 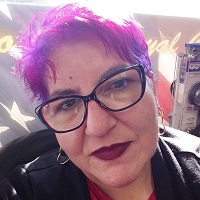 Jenn Moffatt is a proud nerd. Raised on Star Trek, Dark Shadows, The Wild Wild West, and James Bond, she learned not to be afraid of things that go bump in the night and to have hope for the future of humanity. She grew up wanting to be a member of the Addams Family or part of the crew of the USS Enterprise—and she still does.

She’s been soaked to the skin for Chinese New Year and walked in the fog in Frisco. Went to high school in Sin City, and no, she didn’t live in a casino. Lived on the slope of an active volcano, and used to snorkel between classes in college on the Big Island. Now she lives in San Diego where she gets to see the ocean and wildflowers in the desert on the same day.

Jenn was born disabled, which gives her a deep understanding of what it’s like to be different, but she’s never let it hold her back. It just means she gets pretty good parking. 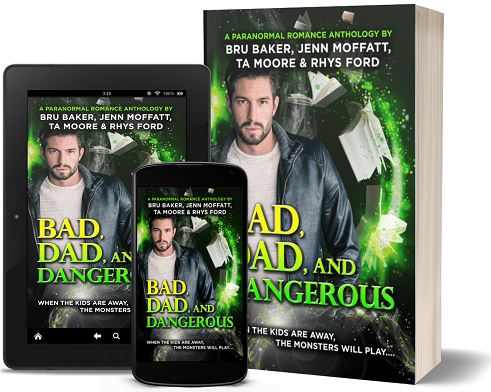 Win a $10 GC for online retailer of the winner’s choice! 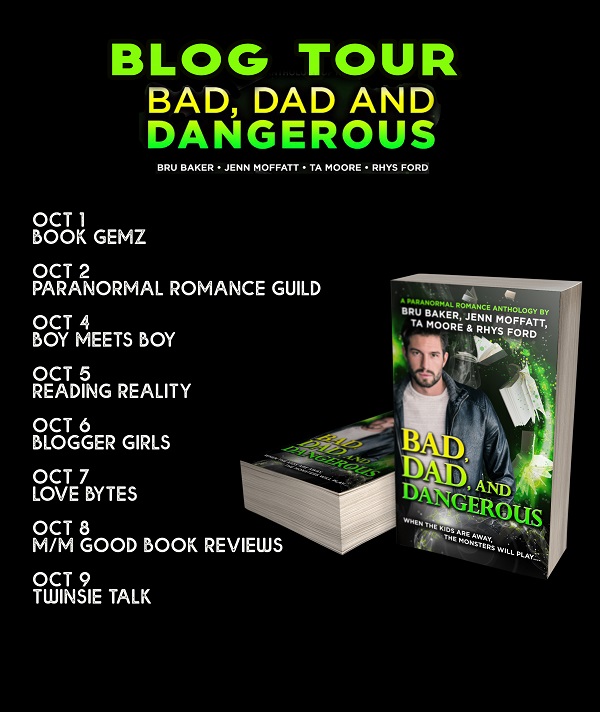