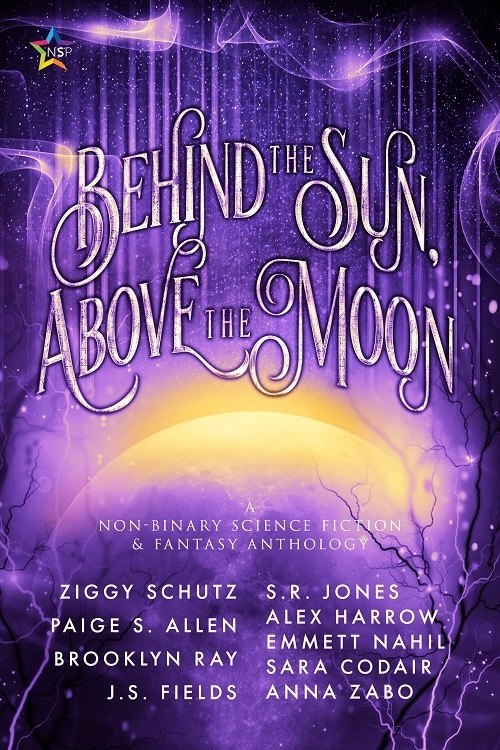 On an isolated asteroid, Fer serves out their sentence with a found family of ramshackle criminals. Life takes an exciting turn when they befriend Ophelia, a beautiful humanoid creature with a tail like a comet.

From Dusk to Dying Sun

Jay Morrison almost believes the rumors of magic and mischief haunting the US-50. But their partner, Luis Inoa, has made a career guarding the dusty Nevada trails. According to him, the only scary things on the highway are the silences, until a group of tourists break open the sun and disappear into a fiery blaze.

When Hollis Griffin, a lonely sex worker living in Venice Beach, forms an unlikely friendship with a fallen star, she begins to face the truth about her life, her past, and what the future holds.

For thirty seconds every night, a disembodied specter named Mette visits with Orin who has long since written the ghost woman off as a recurring dream. But when Mette suggests meeting in real life, Orin’s inner world turns out to be more substantial than imaginary, and xie embarks on a journey to discover the truth of Mette and their strange connection.

A long-standing coven of witches trek to their sacred space and accidentally discover life on another planet when their Solstice celebration interferes with a lone practitioner.

Locked in a contract to steal their ex-lovers ship, Chaz Neoma comes face to face with consequences, lost partnership, and the chance at a future, after discovering they aren’t the last Weaver in the universe.

In the far reaches of the Horologium Supercluster, an astronaux is stranded alone on a long-distance astral ship where they’re visited by three apparitions, telling stories of ancestors who traveled space before them. Coeie must decide whether to follow the ghosts of the past, or forge their own path through the cosmos.

As chief security officer in the Lunar Guard, Enzi is in charge of the security for their sister’s coming of age ceremony. A fragile relationship with their family doesn’t make keeping Ulsa safe any easier, and neither does a group of pesky drones or a hidden plot to overthrow their sister’s place in the family.

Weave the Dark, Weave the Light

On a crisp night, Ari, a supposed elemental witch, meets Jonathan Aster, a powerful being they desperately want to understand. As they explore an intense, intimate and passionate relationship, Ari unearths long-hidden mysteries about themself and their magic.