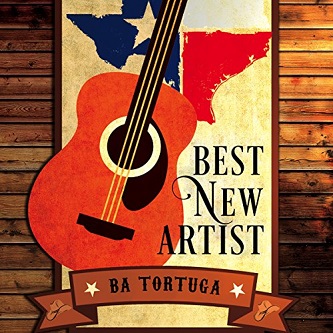 Blurb: Kasey “Tuff” Tuffman just told Nashville to kiss his you know what. After winning Best New Art-ist at an award show, he knows it’s time to head back home to Texas. So after a very public meltdown, Tuff makes his way to Austin, where the Red Dirt music lives large.

Jonah Littlejohn once loved KT more than anything in the world. When KT loses it on national TV, Jonah knows he has to reach out and offer his home studio as a place to heal and make music. A bad relationship has left Jonah broken and wary of romance, but he wants to help his old lover out.
Seeing Jonah again proves to Tuff that he’s made the right decision. Now all he has to do is convince Jonah that they’re the most perfect duet there’s ever been.

Review: Best New Artist is a standalone romance by BA Tortuga, which will appeal to everyone that not only loves a good cowboy romance, some country music and a second chance at love. Well, it’s more country music than actually cowboy, but I hope you get what I mean. As for the author, I really enjoy Tortuga’s writing and always look forward to a wonderfully sexy cowboy romance, some books are sweet, some are angsty, some have a touch of mystery. There’s always something to enjoy as long as you love a cowboy!

Brian Hutchison performed the narration for this audio book. I’ve only heard his narration twice before, on what has actually become one of my favourite ongoing series. But Best New Artist is so different from the crazy world of PIs and mystery, that hearing Hutchison perform a romance about two country musicians was definitely novel. However, Hutchison perfectly suited the role. He nailed the uncertainty, the longing and the unrequited needs of the characters.

This is a story of two men who weren’t actually torn apart, but they never got over each other despite believing at the time breaking up was the best thing for them both – one didn’t want to live in a closet and the other wanted fame and fortune as a country singer.

Kasey “Tuff” Tuffman is a man that should be at the top of his game. But he is unsatisfied with the Nashville country scene. Like other Texans before him, he expects to be chewed up and spat out. So, when he has a very public meltdown on television, he goes back to Texas to lick his wounds.

Jonah Littlejohn used to be in love with Kasey. In fact, he still was in love with the man but breaking up ten years ago was something that he did for his own sanity. In ten years he’s gone through his own horror with an ex, while watching Kasey’s career from afar. But when he sees Kasey lose it on television, he calls Kasey’s parents to pass on the message that Kasey is welcome to regroup his thoughts at Jonah’s farm/music compound where many local musicians get together and jam and create raw music.

When Kasey makes it to Jonah’s place things are awkward. Jonah’s best friend is suspicious of Kasey, mostly because he saw Jonah’s misery when they first broke up and saw Jonah almost die as well. Even Jonah’s dogs are suspicious. But slowly, it’s clear that there is something very strong between the two guys. However, they have a lot of has happened and there is a lot of uncertainty and fear on both sides, despite the love being there.

This book is the journey of these two men finding their way back to each other. It’s sweet, highly emotive, low on angst and drama, but totally thoughtful.