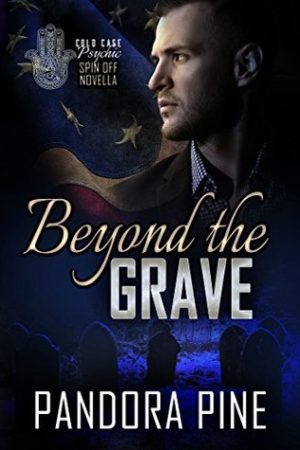 Title: Beyond the Grave

Blurb: Museum curator, Harrison Kirkpatrick, has been fascinated by the American Revolution since childhood, but never in his wildest dreams did he ever imagine falling in love from afar with a soldier who fought for America’s freedom. Through a series of events too wild to be believed, Harrison is thrown back in time to 1775, mere days before the Battle of Bunker Hill, finding himself at the business end of a musket held by the very man he has been pining for.

Massachusetts Militiaman, Gannon Chalmers, does not know what to make of the strange man he finds wandering around Bunker Hill days before his unit is to engage the British Redcoats. Is this man friend or foe? What he does know is that there is an undeniable attraction growing between them that he must resist at all costs.

As the battle draws closer, so do Gannon and Harrison. Can they deny the passion threatening to explode between them like a powder keg? Or will Gannon’s abundance of caution keep him from giving in to the one man who could lay claim to his heart?

Review: I loved this story about Harrison the events that unfolded. Harrison is a museum curator and loves the revolutionary war era. He gets thrown back in time to seventeen seventy six and meets Gannon, a soldier who died in battle. He has been drawn to his grave and spoke to him daily.

Gannon for his part is cautious upon meeting Harrison. He does not know whether the man is friend or foe. These two men spend three days together and fall in love. My heart broke for Harrison at the same time I was happy he got to spend time time with Gannon.

The real shocker came from the end and meeting Gage. It’s who he ancestors with that had me doing a happy dance for Harrison. Suspenseful, full of great action scenes and a love that travels through time this story pulled no punches.

I loved everything about it.