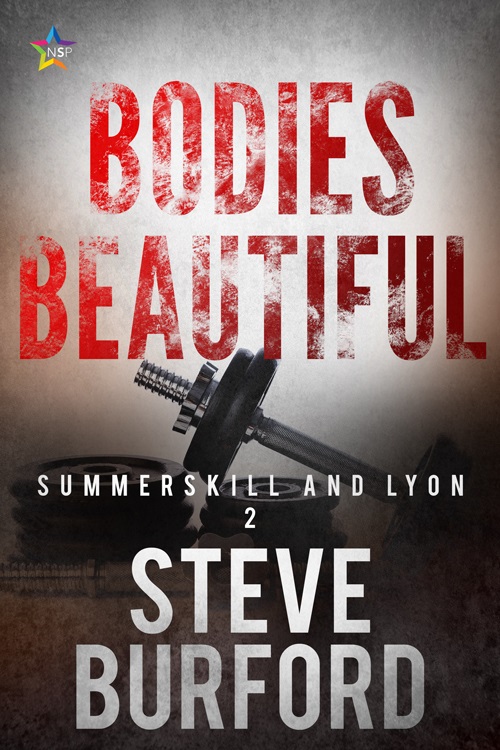 Fierce fire across his chest, up his arms, burning the muscles. More intense than any he had ever known.

With one last, titanic effort and with a strangled, inarticulate bellow, Paul Best pushed the massively stacked barbell that last, all important, near impossible centimetre up over his heaving chest, locked his arms, held for one second, two, then let go. The men on either end of the barbell staggered as they took its weight, hauled it back, and let it drop with a crash on the support framework behind Paul’s head.

Face flushed, near blinded by his own sweat but grinning like a loon, Paul lay momentarily exhausted on the bench, gasping like a landed fish, and accepting his mates’ extravagant praises. A new gym record. A new personal record. A whole one point two five kilos over his last best weight, way beyond anything any of the other guys in that gym could bench-press.

Paul waited for his heart and breathing to slow back to something like normal, dragging a towel one of the guys had thrown at him across his eyes to clear the sweat. The small crowd of enthusiastic admirers who had surrounded his bench drifted back to their own workouts, some inspired by what they had just seen; a couple completely demoralised. Still grinning, Paul sat back up on the bench and accepted the water bottle held out by one who had stayed, one of the two men who had taken the weight from him. “Thanks, Rob.”

His mate stood to one side, shaking his head in amazement. “That was just beyond, man, y’know?”

Paul wiped the towel across the top of his pumped chest and under both armpits before hanging it around his thick neck. “Was, wasn’t it?”

“Want me to spot some more, or do you want to stretch off?”

Paul squinted at the clock on the far wall. “Nah,” he said, standing up from the bench. “Think I’ll just grab a shower and get going.”

Rob frowned. “You sure?” It was a standing joke at the Heavy Metal gym that Paul would be there all the hours God sent if he could, and the staff frequently almost had to throw him out at closing time which was still three hours away. Even Paul might not have anything left to give after that last display, but hitting the showers without stretching off? That was like… Rob struggled for an appropriate comparison but couldn’t find one. Similes weren’t really his thing. But whatever it was like, it was wrong. Paul Best didn’t cut corners in the gym.

“Okay.” Rob sounded uncertain. “Fancy a shake then? I’ve got some of the new protein formula from that show up in Brum. Doesn’t taste like shit. Pure protein. That’s what it says on the label. I mean,” he added, “it doesn’t say, doesn’t taste like shit, just…well, y’know what I mean.”

“Nah, mate. Thanks all the same. Save it for tomorrow, yeah?” Paul pointed his finger at Rob as if aiming a gun, winked, and made a clicking sound with his tongue. “Things to do tonight, y’know?”

Paul laughed. “You in tomorrow?”

“Good man!” Paul thumped his friend on the shoulder then made his way across the crowded gym to the small changing room and shower area. All around him, standing, sitting, lying and squatting, men, and some women, pushed, pressed, pulled and lifted barbells, dumbbells, kettlebells and, in one instance, a sandbag. Soft grunts, gasps, and the occasional guttural cry punctured the air which was heavy with sweat and muscle rub.

He stopped just short of the changing room door. On the bench there lay a man, stretching out his arms and pectoral muscles, eyes closed, psyching himself to press the impressively loaded barbell resting over his head on its stand. Either side of the stand were two other men, ready to lift the weight up and over to him and stand by in case he needed their help. Paul came and stood over the man on his back. To the untrained eye, he might have appeared as built as Paul himself. His skimpy vest, like Paul’s, did little to conceal his massively overdeveloped chest and arm muscles. But with the eye of the obsessive, Paul could see the differences: the lack of definition here, the extra eighth of an inch of fat there. And the weight this man was going to try to press… Paul’s grin became positively wolf-like. It was heavy all right, heavier than anything else anyone was pressing in the gym right then. And a good five kilos short of what Paul had just shifted.

“Warming up, Danny?” Paul said, just loud enough for everyone around to hear.

The man on the bench hissed in what might have been a reaction to Paul’s words or might have been part of his mental preparation. He opened his eyes but stayed staring at the ceiling. He nodded once to the men on either side of his head. They heaved the weight up from its rest, brought it forward until the bar was over his chest and he could grasp it, waited until they were sure he had a firm hold, arms locked, then let go and stepped back. For a moment, the weight stayed right where it was. Then, very slowly, teeth bared in a rictus of effort, his breath a series of sharp hisses, the man on the bench let the bar come down until the metal was just resting across his heaving chest. With a cry like a yelp of pain, he then thrust powerfully upwards. The bar moved, an inch, then another. On either side of him, the helpers shifted uneasily. Veins stood out on the forehead of the man on the bench as he strained against the weight. The bar moved another inch, then part of another. Then inexorably sank back downwards. The two standing men stepped in, seized the ends of the barbell, and hauled it back into its place on the stand.

Paul laughed out loud. “Bad luck, Danny,” he yelled, as he threw open the changing room doors. “Like to stick around and help you out but things to do, people to see. You know how it is.” He turned and stood for a moment in the doorframe, arms held out at his side as if inviting everyone there to gaze adoringly at his powerful body. “I mean, you know how it was. Keep taking the tablets.”

Dan Thompson lay on his bench, gasping like a man who had run a marathon, while his training partners shuffled uncomfortably off to one side, avoiding any eye contact with him. “Prick!” Dan gasped. “Fucking little prick!”

The door swung shut behind Paul but didn’t completely muffle the sound of his mocking laughter.

In the changing rooms, Paul pulled his sweat-sodden vest up over his head, tossed it to one side, and stood in front of the mirror, admiring his body in the almost dispassionate way a car enthusiast might admire a sports car he had built from scratch. Biceps pose. Triceps pose. Quad flex. Yeah, looking good. Looking big and looking really good. And burning Thompson had felt good too. So good it had just about made him forget the nagging in his gut. But not quite.

Rob’s confused surprise at his early exit from the gym had been a laugh but tearing himself away from his training so early had not been easy for Paul. Not at all! The obsessive compulsion that was part of his life, that was almost all of his life, that drove him through the pain and privations of bodybuilding day after day, week in, week out, was all but impossible to ignore. Besides, it would have been cool to hang around and bask some more in the mingled admiration and envy of the other guys there.

But when sweet deals came along, you had to make the most of them. And tonight’s deal promised to be so sweet Paul would be able to keep himself in allegedly delicious protein drinks for many months to come. And not just milkshakes. He whistled happily to himself as he took one last admiring look over his shoulder at the reflection of his flared lat muscles and enviable narrow waist before padding off to the showers. Steve Burford lives in one of the less well-to-do areas of Malvern mentioned in the novel. When not writing in a variety of genres under a variety of names, he tries to teach drama to teenagers. He has only occasionally been in trouble with the police. You can reach Steve via eMail.