Hi guys! We have Shea Balik popping in today with the cover for her upcoming release Breaking Barriers, the first book in her new Hart Medical Center series, we have a fantastic $10 Amazon GC giveaway so check out the stunning cover and enter the giveaway! ❤️ ~Pixie~ 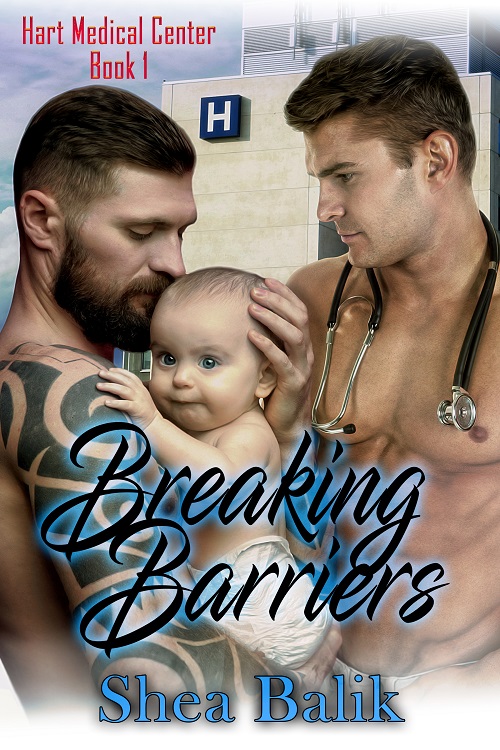 Detective Jamal Tuma was used to life not going his way. As an omega in an alpha dominated world, he’d experienced more than his fair share of bigotry when he’d decided to enter the police force. His life had been put in danger more times than he could count for no other reason than alphas above him thought it wouldn’t matter if he’d died on the job. Yet, in the six years he’d been a cop, he’d never come quite so close to death as he did when an alpha doctor didn’t feel it necessary to treat his gunshot wound. 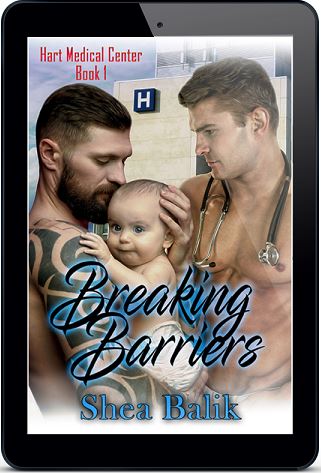 Shea Balik has always had a vivid imagination with stories running around in her head. Often her stories are taken from observations of other people with her own spin. Traveling is one of her favorite ways of fulfilling her passion of people watching. You never know, one day you may spark her imagination for her next book.

Whether at home or traveling she is usually in front of her computer writing or curled up with a good book.