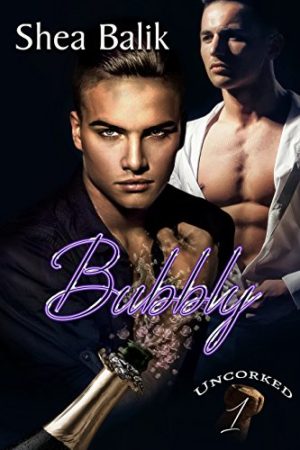 There was no doubt about it, Macalister Whitmore was as straight-laced as they came. He worked all the time, never did anything that would be considered fun, and almost always wore a suit and tie, even in the laid back southern town of Dahlonia, where the dress code tended to be jeans and t-shirts. It was how his parents raised him and Macalister was sure even a tanning salon couldn’t change that.

David Wilson wanted to throttle his best friend for sending Mac to his tanning salon to try and loosen up the uptight lawyer. He had never met anyone that had actually worn a suit to a tanning salon before. What Mac needed was a doctor to remove that stick from his ass. Then again, if Mac continued to look down his nose at David, he would remove it himself.

Still, it seemed that opposites do attract, so they decide to give each other a chance.

Happily ever after may sound like a dream come true, but no one ever said it didn’t come with pain and heartache. Will they walk away from each other, or walk through hell for the chance to pop some Bubbly and celebrate finding their happy ending?

A brand new series by one of my favorite authors, and I knew right off the bat I had to read it. She creates worlds that are funny as hell, with a serious tone to parts of it and some interesting times to find. The characters are fully developed just as the story itself is.

Mac is a focused on work and no fun. From the time he was born his parents told him what he was going to do and where he would work. He got his law degree and went to work where they wanted, but then he decided to think for himself. Now he was a lawyer for the people. So his friends decided to help him out. They sent him to get a tan.

David was a pretty good guy and loved owning his own business. He gave tans out, and it didn’t always turn out well. Guys thought it meant he was up for anything. Then he was told about Mac, and man is that guy just meant to be punched. However he looks underneath the facade, and well things heat up.

It is a pretty good story although the characters both needed to be swatted. I had a lot of fun reading this and definitely would recommend it.