Hi peeps, we have Annabelle Jacobs stopping by with her new release Butterfly Assassin, we have a great excerpt, a fantastic $10 Amazon CG or a backlist title of Annabelle’s giveaway, so check out the post and click that giveaway link!  ❤ ~Pixie~ 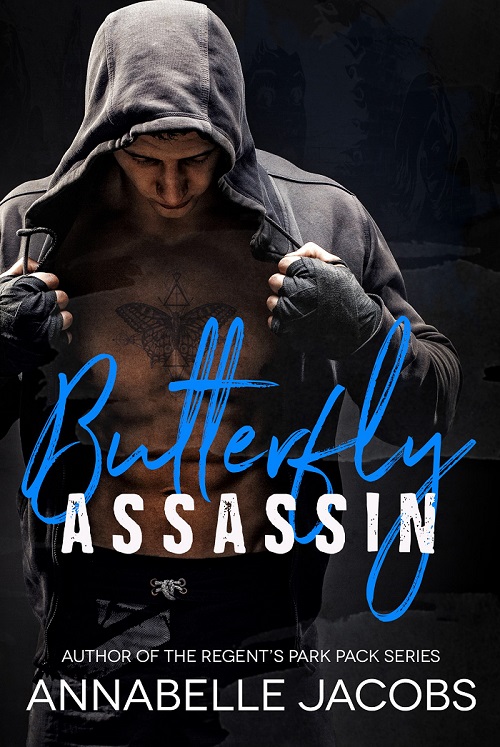 Clapham Common—a new pack with their own set of problems…

Shifter Aaron Harper gets drawn into illegal underground fighting to keep an eye on his best friend. The thrill of the fight keeps him coming back for more, but discovery could mean imprisonment and banishment from their pack. Without a beta to watch over them, common sense takes a back seat.

Michael Archer of the Shifter Crimes Task Force is investigating recent murders. Despite the brutal cause of death pointing to the work of a shifter’s claws, instinct tells him a well-known nightclub owner is involved, but they have no proof.

Aaron and Michael’s paths cross after another body with the same injuries is discovered. With Aaron finding himself on the wrong side of the SCTF and Michael looking for a killer, any attraction between them is both ill-advised and unlikely. But fate has other ideas.