Hi guys! We have Dianne Hartsock stopping by today with her re-release Callum’s Fate, we have a great excerpt, a brilliant giveaway and Cat’s review, so check out the post and enter the giveaway! <3 ~Pixie~ 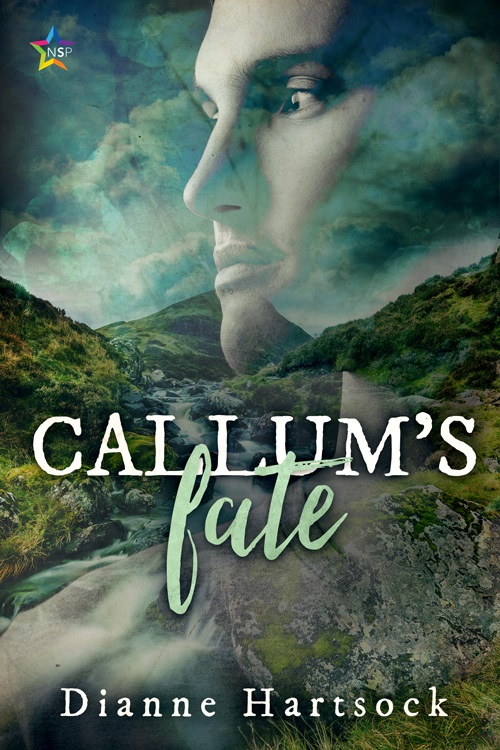 In 1780, Scotland, following a harsh year of drought, Callum Mackenzie is forced from his father’s farm in the hopes of finding work. But as fate would have it, Callum is lured onto the moors by the will-o-the-wisp. Lost in the dark, he falls into enchantment, encountering faeries and nymphs, until he stumbles into the arms of a licentious Barrow-Wight who lays claim to his soul.

Callum ran until his lungs burned, every breath ragged and painful. Fear spurred him on, though fog began to cling to the rough mounds of the barrows, making such flight dangerous. Stones stabbed through his worn boots with each footfall, but he daren’t stop. There had been voices in the shadows…

Exhaustion slowed him, his chest heaving as he fought for air. Dusk spread its dark mantle on the landscape, and he shivered as a finger of dread traveled up his spine. Perilous to be on the moors at night without shelter. He cursed the misfortune that had sent him this way, but he was hungry and ill. He’d followed the will-o’-the wisp, thinking they were the lights of a farmhouse. His brothers would crudely have called them swamp gas and continued on the road, but Callum had always been the fool.

An owl hooted in the semidarkness, making his skin crawl. “Sweet Lord,” he muttered, heart thumping. “Protect me—”

He stumbled on a loose stone and fell heavily against a dark mound of earth. Oh, God! The ground caved in under him, and he dropped into the barrow in a shower of dirt.

“Save me!” he sobbed as he scrambled to his knees.

Sinewy arms reached up from the blackness and twined around him. Callum screamed, but no sound escaped his throat, choked with terror. He was yanked against a hard chest and hands ran over him, disembodied in the darkness.

“Soft. Sweet,” a voice sliced the silence, and a cold breath washed over his face. He gagged on the waft of rot and decay. The tip of a dry tongue scraped along his jaw, and he shuddered against the body under him. “Nice strong bones to gnaw,” the voice continued. “Sweet marrow to suck and swallow. Shall I eat you, my lovely one?”

Callum whimpered as the low tones wound through his head. The mists parted, and moonlight filled the barrow, showing him the creature. He gasped at the cold beauty of its face. Eyes dark as pitch burned into him and brushed against his soul. Lush lips, dripping honey, overripe, took his mouth in a kiss that sent his pulse into a riot of hunger and desire.

A vague warning sounded in his head, urging him to run. The wight slid its hands down Callum’s back and squeezed his ass, and Callum groaned as he was rocked against the long, hard length of the creature’s erection. His own cock grew heavy, aching as it rubbed along the impossible thickness of the ghoul’s shaft.

Nimble fingers pushed against his balls and sensitive hole through his clothing, and Callum’s deep moan spilled into the lush mouth sucking his tongue. There’d been a boy back home he’d touched on occasion, but they’d never… He never… Even so, the thought of the wight’s huge cock sliding into him, stretching him open, filled him with a wild lust he couldn’t control.

He trembled and sobbed with need as the creature masked as a man trailed kisses down his neck. It moved his long hair aside to nibble at his collarbone. The thing reached a hand between them and clutched Callum’s cock, and pleasure, hot as fire, swept through him.

The wight returned its plump lips to his ear. “Stay with me,” it whispered as it stroked and squeezed him into a frenzy of bliss.

Callum fought to catch his breath, dizzy. “Yes.” He panted. He’d promise anything to keep the creature stroking his dick. The wight snaked its other hand into his trousers and tugged his balls, and he cried out as he came, his orgasm ripping through him in waves of ecstasy. His seed spilled in a warm gush into the creature’s hand. Even when he was spent, the thing continued to pull on his sensitive cock, sending unbearable sparks of bliss through him. He fell weeping against its chest, begging to be let go.

The wight’s whisper nudged Callum from the dream into which he was falling. What?

“No!” He pushed up in a panic. What had he sworn to do? Large hands reached for him, but terror gave him strength and he scrambled for the ledge above him. Catching hold of the crumbling lip, he swung his legs over and rolled from the barrow. The wight’s screech of fury chased him across the glen. Running in terror, he skirted the remaining mounds and fled onto the moors.

Merciful Lord! He’d been with a barrow wight, allowing the wicked thing to slide its tongue into his mouth and touch his cock. Was his soul now tainted by this ghost guarding a long forgotten grave? Was he doomed?

Mists closed around him and hid the moon in a veil of cold gray. He came to a stumbling halt, fear pounding through him in time to the wild beat of his heart. As he caught his breath, he heard the unmistakable sound of flowing water, perhaps a creek winding through the heather. Callum gnawed his lips. Danger lurked on the water’s edge for an unwary man.

On the other hand, men built homes along the waterways and learned to guard against the faery folk. He sighed. Either choice spelled risk, but hunger and loneliness won out and sent him through the thick heath in search of the water’s path.

The gray fog made it hard to see his way, and he cursed when he stepped into the creek before he knew he’d come to it. An icy chill raced up his leg, and he glanced around, feeling as if he’d been startled from a dream. The mists were gone, leaving the fields brilliant with moonlight. Faint music caught his ears and he spied several globes of light in the distance. Will-o’-the-wisp? He didn’t know, but the haunting melody tugged at his heart and he walked toward it, careful of his footing.

It was caution that saved him before he made the fatal mistake of stepping into the faery ring that suddenly appeared at his feet. He might have become lost in their dark realm. He stared down, delighted with the brightly dressed wee folk fluttering and dancing in the circle of mushrooms. Laughter floated up to him and he smiled reflexively. Several of the pretty creatures spied him and flittered up to tug at his clothing with tiny hands. These were male, scantily dressed, and one saucy lad winked a bright eye and flew up to nibble at his lips.

Callum laughed and shooed them gently off. “I’m not fool enough to join you,” he told the three hovering near his face. He was amused by their pouts but felt lonelier than ever as he turned away. Exhaustion unexpectedly slammed into him and he dropped to his knees. Panicked by his sudden weakness, he tried to climb to his feet, but his head swam and he pitched onto his face as the world went dark. 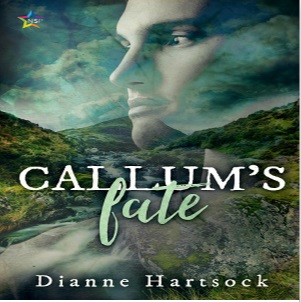 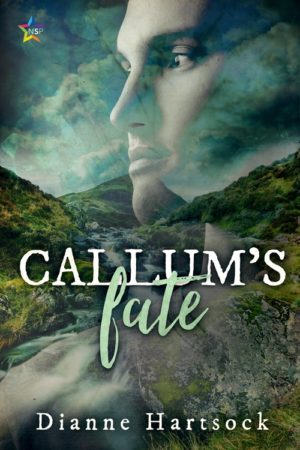 Blurb: In 1780, Scotland, following a harsh year of drought, Callum Mackenzie is forced from his father’s farm in the hopes of finding work. But as fate would have it, Callum is lured onto the moors by the will-o-the-wisp. Lost in the dark, he falls into enchantment, encountering faeries and nymphs, until he stumbles into the arms of a licentious Barrow-Wight who lays claim to his soul.

Review: Hungry and tired from not being able to find work, Callum is lured off the road, into the Moors the will-o-wisp. He finds himself bespelled by the Barrow Eright, rescued by Liam and brought back to Donal’s farm.

But is he really safe from the Barrow -Wright there?

This story moves very fast, is full of mysterious, magical creatures and lots of sweltering hot, wild sex. The story is very-well written, and I cannot imagine the research it took to do this story. However, I am going to have to admit this story wasn’t my cup of tea.

I had some trouble figuring out what all the creatures and places were even with the dictionary on my Kindle, which didn’t pull up a lot of the words. I am going to admit where I do read some fantasy it’s also not my favorite genre.

I read it because Dianne is one of my favorite authors and this story is in keeping with her style. Very hot and a bit scary.