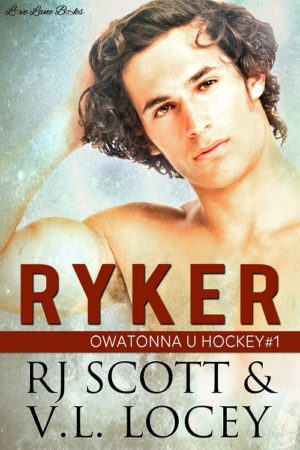 Blurb: Darcy’s newest assignment is boyfriend to a wealthy socialite, he never expected the intense attraction to his date’s brother. Falling for Adrian is dangerous, and certainly not part of the plan.

Adrian has been as unlucky in love as his sister, but even he doesn’t approve of hiring a boyfriend, whatever the reason. Until he meets Darcy. Then he comes to realize that love can happen in the most unexpected of ways.

One week. That is all the two men need to fall in lust, but will they have a lifetime to fall in love?

Review: Adrian’s sister has lost her mind. Lets not forget that family equals lots of drama. His sister, Abby is worried about her funding. Funding that is given to her by her cousin’s husband. To bad the cousin is crazy as hell. So when another cousin is getting married, Abby has decided she needs to hire someone to play her boyfriend. A play boyfriend that Adrian wants to bag.

After Darcy was injured in the war, he decided that he liked to pretend to be a boyfriend for those who needed one. There is just one minor detail, he is gay. So here he is pretending to be Abby’s boyfriend and wanting her brother. A tangled web if you think about it.

There was only one part of this book that I hated, but it had to do with Darcy his love for his job. That and the fact that Adrian is just okay with it. Other than that this is one funny ass book. The characters were quirky and very charming. The story was engaging and entertaining, perfect for that mid day break. It caught my attention from the start and kept it to the end. I spent most of my time laughing.

I had a blast reading this and can’t wait to see what other stories these authors come up with. I would definitely recommend it.