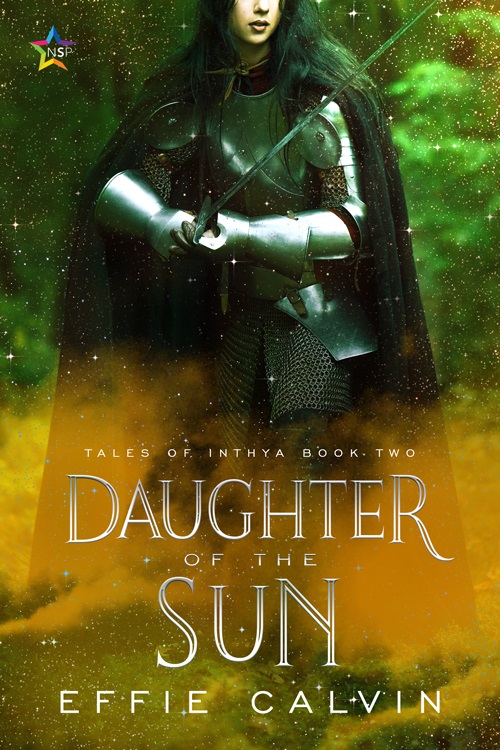 Daughter of the Sun, Effie Calvin © 2018, All Rights Reserved

Even from a distance, Orsina of Melidrie could tell something was wrong.

The little village of Soria appeared to be a typical Vesoldan farming community. A field of green barley stretched toward the south, almost ready for the springtime harvest, and the farmers raised their hands to Orsina in greeting as she rode past. Down in the olive groves, trees were beginning to put out tiny, cream-colored blossoms while Sorian youngsters rested beneath the branches and tended to flocks of fat sheep.

But when Orsina inspected the fields more closely, she saw the crops were choked with weeds and beginning to rot. It was as though they had been neglected for weeks, despite the presence of the farmers.

Orsina also didn’t fail to notice that all Soria’s sheep still wore their heavy winter coats, though all the surrounding communities had held their springtime shearing days nearly a month ago. Most passersby would probably not notice such small details, but Orsina had dealt with situations like this before. She knew the signs of a village in thrall.

According to storytellers, the correct attire for a paladin was heavy plate armor, and a matching set for her horse. Orsina supposed none of those storytellers ever visited southern Vesolda, for even in early spring it was too hot to even contemplate wearing anything heavier than her chain mail and tabard.

Still, when she rode into Soria, children dropped their toys in the dust and abandoned their games to follow her. She doubted any of them had seen a paladin before, and so she gave them warm smiles and tried her best not to look intimidating. She did not know how successful she was.

A temple of Eyvindr, God of the Harvest and Third of the Ten, stood at the center of town. But as Orsina rode past, she noted that the windows were dark and the orange trees in the garden were beginning to wither. Despite her curiosity, she did not linger there.

Orsina dismounted in front of the tavern and tied Star, the gray Vesoldan mare that had been her mount for the last four years. The children were upon her in a moment, asking thousands of questions simultaneously. Was she a paladin? Was she from the Order of the Sun? Had she ever spoken to Iolar? Or one of the other gods? Was she from Bergavenna? Had she ever killed a dragon? A demon? A chaos god?

Orsina answered the questions as best she could, but she wasn’t even sure if the children heard her replies. Finally, a man stepped out onto the front steps of the tavern, drawn by the noise.

“Here, leave the poor woman alone!” he yelled to the children. “Go on, back to your chores. Get!”

The children backed away reluctantly, and Orsina gave the man a grateful smile. He smiled back, but she could see the tension in his shoulders and the fear in his eyes. He did not want her here.

“Do you have a room?” asked Orsina. “I was hoping to stay the night.”

“Just the one. It’s not much, though,” he glanced at her armor. “Count Doriano’s manor is only a day’s ride from here. If you hurry, you might be there before dark, and not have to sleep on a straw mattress—and don’t tell anyone I said so, but his wine is better, too.”

“I have endured worse than straw mattresses,” said Orsina pleasantly, wondering if the man would outright refuse to serve her. But instead, he turned back and yelled into the tavern.

“Benigo!” he called. “See to the Dame Paladin’s horse, and bring her bags upstairs.”

A young child, probably the man’s son, rushed out to take Star’s lead. Orsina let him do his work and went inside.

The tavern was nearly empty, save for a few old grandfathers sharing stories. When they saw her, their conversations ended abruptly. Orsina looked around, taking in the ancient wooden furniture and dust collecting in the corners. Open windows let in the midday sunlight, and a massive empty stone fireplace took up the entire north wall.

“It is an honor, Dame Paladin,” said the tavern-keeper, speaking too loudly as he moved around the back of the bar and fumbled for a tankard. “What brings you to Soria?”

The question was innocently posed, the sort of question anyone might ask a strange traveler. But it was well known that paladins from the Order of the Sun were forbidden to tell lies. The tavern-keeper wanted to know how much she suspected, how much she knew.

The old men were all watching her as well, their filmy eyes locked on her.

“I am in search of a prophecy,” said Orsina. “Two years ago, my Baron, Casmiro of Melidrie, received a vision from Iolar. I was informed that Iolar meant for me to leave Melidrie immediately and defeat a great evil. I obeyed, of course, and have been in search of it ever since.”

The tavern-keeper looked uncomfortable. “And you believe that evil is here?” he asked uneasily, his eyes darting back to the old men.

“I do not know,” admitted Orsina. “Unfortunately, the Baron’s vision was sparsely detailed. I have destroyed many evil creatures in Iolar’s name since I left home, but never have I received a vision telling me that my quest was complete. While I am proud of all that I have accomplished, I admit I will be glad when I am finished.”

“But you believe there is evil here?” the tavern-keeper pressed.

Though her vows forbade her to lie, even Iolar could understand the occasional need to be obtuse. “There is evil everywhere, sir,” she said. “But we are only vulnerable to it when we tell ourselves otherwise.” 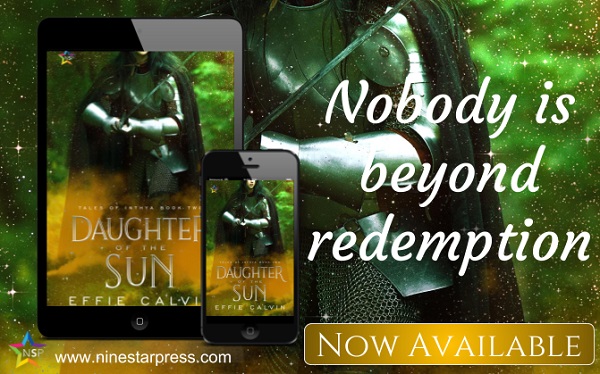 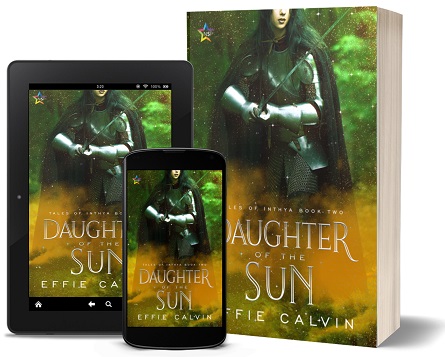