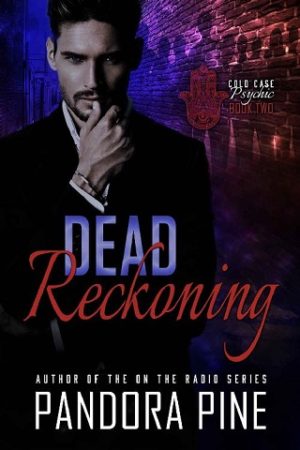 Blurb: When the spirit of a young male prostitute comes to psychic Tennyson Grimm asking him to find the john who brutally murdered him, Tennyson can’t say no. Only able to communicate through the use of images, rather than words, getting any information out of the young man is frustrating and slow going.

Cold Case Detective Ronan O’Mara has been on a roll solving cases since he and Tennyson last teamed up to solve the Michael Frye case. Unfortunately, the red-hot romance that had blossomed between them during that investigation is now off in a ditch, thanks to Ronan’s self-confessed pigheadedness.

Agreeing to work together despite the rift in their relationship, Tennyson and Ronan discover they are in for more than they bargained for when more victims start to reveal themselves to Tennyson.

Realizing they might have a serial killer on their hands, the two men work tirelessly to stop this madman from killing again, but when the killer targets the son of a prominent member of the Boston Police Department, can Ronan and Tennyson save him before it’s too late?

Review: Tennyson and Ronan seem to not know what they want in their relationship. At the start these two are not speaking to each other. When a teenage ghost comes to Tennyson wanting him to catch his killer he knows he’s going to need Ronan’s help.

The case is heartbreaking. I felt so sad for the untimely death of the young man and the manner in which he died. I was glad Tennyson and Ronan took the case to give the spirit peace.

While I like the series and realize that it needs both Tennyson and Ronan I have to admit I get somewhat bored reading about the same MC’s over and over again. These two seem to run hot and cold at times and needed to talk to one another about what they actually want in a relationship.