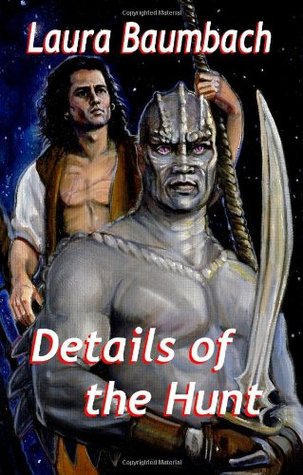 Blurb: A 26th century, time-traveling, bounty hunter snatchs a 18th century Earth pirate in a deal to enrich the archeoalogical knowledge of mankind, but as he develops an attraction for the likable, free-spirited prey, he attempts to alter the deal, threatening both his own personal code of honor and the strict rules of conduct of his race. Will the love of a wily, cock-sure, young pirate be enough for the stoic hunter to risk exile from his own people?

Shorty’s Review ♥♥♥♥ 4 Hearts: I was blown away by this story. I can not imagine living in the seventeen hundreds only to be transported seven hundred years in the future to find all is changed. I don’t know how Aidan never aged once he was transported.

Talos takes a hunt to acquire and transport pirate Aidan Maymon. The buyer was a oily little creep named Barlow whose intentions were not on the up and up. Along the way Talos’ mating instincts take him for a drive. One he fights.

Aidan for his part is not happy and tries to escape every chance he gets but ultimately has to rely on Talos in this strange new world he finds himself in.

Pixie’s Review ♥♥♥♥♥ 5 Hearts: Details of the Hunt was one of the first stories that I ever read in the MM genre and it blew me away with it’s fun light hearted tone while keeping a slightly serious aspect on the morality of the Hunts. I’ve read it many times over the years and it’s always fresh and always kept me entertained.

Talos is just doing his duty when he goes to pick up a blackhearted pirate from Earth 1769. He doesn’t expect the pirate to be completely different than what he expects and he certainly didn’t expect to be drawn to the man. The Hunt details must be fulfilled though and Talos must weigh his duty against the life of his mate.

Aidan is on the verge of death when he is snatched from the jaws of a shark by his very own Ceme sea god, but discovering everything that he’d ever known is long gone and he’s expected to just accept that he’s been brought from the past to be handed over to a sleazy git as punishment for his crimes several centuries before… Ha he wasn’t a pirate for nothing.

This is an amazing story that drags you into the future with fascinating aliens and a wonderful Johnny Depp type pirate. The story has you laughing and it also has you contemplating the morality of Aidan’s situation. There’s action and danger, love and loss, cheekiness and seriousness, and some amazing sex between two males who discover love when neither of them expected it.