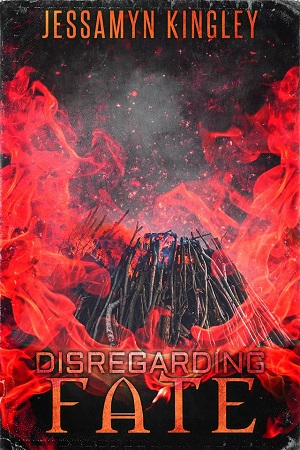 Blurb: As the son of the Cwylld rulers, Cadlyr hates being part of the notoriously war hungry tribe since the moment he understood the revulsion they caused in others. So, he’s delighted when he arrives at his first elven gathering and meets his other half. Cadlyr can leave the Cwylld and enjoy a prosperous life. Observing the tradition of their people, they agree to be mated the following day. Only, instead of promising his life to Evlithar of the Valzadari, Cadlyr is told the young elf has died by his own hand. Devastated, Cadlyr promises not to forget him and rages internally that Evlithar failed to come to him with his troubles. If he had Evlithar would still be alive and Cadlyr could’ve escaped.

Two thousand years later, Cadlyr’s existence has changed. Now the last of the Cwylld he is determined to recreate the sullied name into something noble. He resides within a special sanctuary at the Draconis Court of D’Vaire and has never been happier. It takes time, but he is eventually convinced to return to the annual gathering of elves. Once there he can hardly believe his eyes. Cadlyr is sure he’s seeing a ghost until the elf runs from the room like the hounds of hell are at his feet. Could Evlithar possibly alive after all these centuries?

Review: Wonderful addition to the D’Vaire series. Cadlyr gets the shock of his life when he see’s his mate at a elven gathering. Two thousand years have passed since Evlithar faked his death so he would not have to be mated to a Cwylld. Cadlyr being mad was an understatement.

These two had so much to discuss and learn about the other once Cadlyr actually listened without anger. Ev’s life has not been all roses. He’s a slave to his cousin’s mate. That woman pissed me off. She was spoiled, petty and rude. Ev was expected to wait on her hand and foot. When she learned Ev was going to make a go with Cadlyr she whined. Then expected him to spend all his time with her when she was pregnant.

It was a wonder Ev and Cadlyr mated at all. What with all the guilt trips and angst going on. But with the D’Vaires support and caring attitudes they show both Calyr and Ev what it means to be aroud a loving family who does not abuse you.

I really loved this story. I felt for both Cadlyr and Ev. They were both young when they found each other and should have really talked. But Ev takes matters into his own hands denying them both to thousands of years of happiness. Communication is the key to make a happy life.

I cannot wait until the next story. Highly recommended.