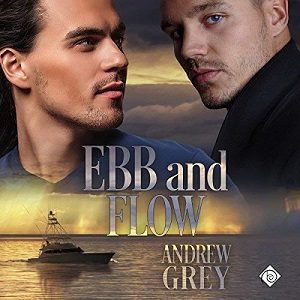 Blurb: To achieve happiness, they’ll have to find the courage to be their own men.

As first mate on a charter fishing boat, Billy Ray meets a lot of people, but not one of them has made him as uncomfortable as Skippy—because he’s drawn to Skippy as surely as the moon pulls the tides, and he’s almost as powerless to resist. Billy Ray has spent his life denying who he is to avoid the wrath of his religious father, and he can’t allow anyone to see through his carefully built façade.

Skippy is only in town on business and will have to return to Boston once he’s through. After all, his father has certain expectations, and him staying in Florida is not one of them. But he doesn’t count on Billy Ray capturing his attention and touching his heart.

Billy Ray doesn’t realize just how much he and Skippy have in common, though. They’re both living to please their fathers instead of following their own dreams—a fact that becomes painfully obvious when they get to know each other and realize how much joy they’ve denied themselves. While they can’t change the past, they can begin a future together and make up for lost time—as long as they’re willing to face the consequences of charting their own course.

Review: Ebb and Flow is the sequel to Andrew Grey’s Setting the Hook, the first two book in Love’s Charter series. Although this story is about a different couple’s courtship I recommend going back to listen to the first book, Setting the Hook, first to get a feel for the world, characters and overarching themes. One of the more fun aspects is that we get to catch up with the lives of William and Mike who we met in Setting the Hook. Those two guys have wonderful chemistry.

That said, Billy Ray (I know, sounds so hillbilly) and Skippy, the MCs of Ebb and Flow, also have wonderful chemistry. There is a lot of uncertainty on both sides and a boat load of emotion, but these guys work together so well, they have hot chemistry and they are just so damn sweet together.
Billy Ray is first mate to Bubba on a fishing charter boat (FYI and totally not a spoiler, Bubba got a promotion at the end of Setting the Hook). Billy Ray is stuck in a bad situation that he cannot help – his father is a small town preacher who is all about fire and brimstone. His father is over bearing, not only to his son but also to the locals (though no idea what the locals feel about that), and Billy Ray is resigned to the fact that no matter how hard he tries he will never meet his father’s lofty expectations.

On a charter, Billy Ray is drawn to Skippy (aka Harcourt Anson III, so snobby!). Skippy is in town from Boston for business, but he wants to make it fun. As a partner of his father’s law firm, his father works him all hours to the point of exhaustion and having zero time an actual life. And so we start, with instant sparks of attraction, the story of two guys unfortunately has to deal with the pressure of trying to please their impossible (and homophobic) fathers.

There is some slow burn and maybe some low key angst as Billy Ray and Skippy wallow in unrequited love. The guys are both worried about what would happen if they even thought of making a life together. Both of them expect retribution from their fathers, they do occur in different circumstances but overall, the story line for Billy Ray and Skippy is the same. Nonetheless, it was a joy to listen to them as they overcame their individual obstacles. I think that shared element both enhanced the story for me.

Greg Tremblay has done a tremendous job narrating both books in this series. His tone had me ensnared from the start. He conveyed the turbulent emotion of these troubled men so damn well.

For lovers of Andrew Grey, this story is another fantastic reason to love the man’s writing. If you started with Setting the Hook, you’re going to love Ebb and Flow. For me listening to the audio has enhanced the whole experience and enjoyment of this series for me.