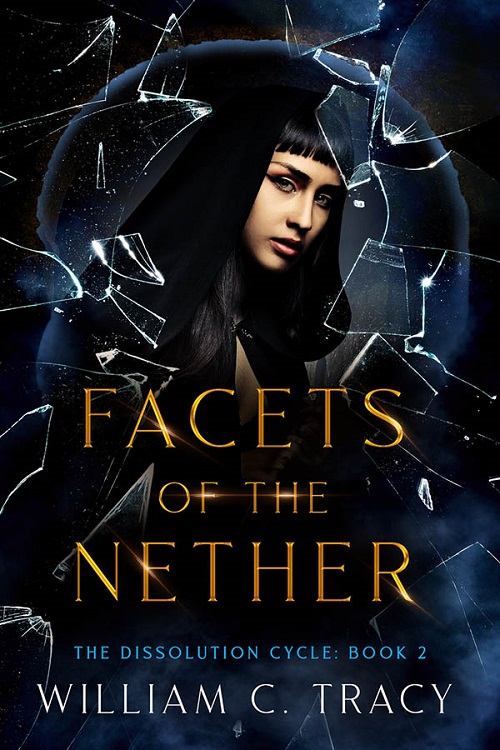 Evolution of the character

The main character in this trilogy has an interesting journey. The Seeds of Dissolution is one of the oldest stories I’ve written, starting back when I was a teenager, and going through many, many iterations before finally getting published in 2017. Sam, the protagonist, started out as a “white boy becomes the chosen one.” Honestly, he still is, to some extent, but has a lot more going for him now. As I honed my original world down to the story I ended up telling, Sam was just…not very interesting. He was a straight white boy that had no special attributes.

The first thing that changed was Sam’s panic attacks. Sam is a shut in and a hoarder when the book starts, because of a trauma in the past when his parents died. Then boom! He’s spit out in the middle of an intergalactic society when he hasn’t left his house for years. He gets anxiety based on crowds and new environments…instant conflict! I don’t have panic attacks myself, but I’ve definitely dealt with my share of anxiety and stress. I knew I would have to do a bunch of research to make it believable for readers, so not only did I read a lot about anxiety disorders, I also talked with people who have similar social anxiety. I didn’t want to make this condition something superficial that was cured by magic. It’s a part of Sam and he has to cope with it. While reworking the character, I was able to recognize those times when I was afraid to speak in front of others, or go to new places. We all have anxiety at some point, and talking to those people who have to deal with it all the time taught me a great deal. Even though he has anxiety issues, Sam is still very loyal to close friends. He wants to connect with others, even if he is prevented at times by his mental state.

Near the same time, I realized Sam’s connection with two of the other characters—one male and one female—wasn’t really working. They were originally one character, then they became two characters, but Sam was only interested in the female. Then I couldn’t figure out which one he wanted to have a relationship with. Then one day it hit me that he wanted both of them. Sam is bisexual. More accurately, Sam is pansexual. He’s drawn to others because of how they connect to him, not by what gender they are. Once I changed that one dynamic, the relationship between the three really took off, and now it’s the backbone of the whole trilogy. Sam made this journey along with me in a way, but he got to the conclusion faster than I did! I only came out as bi/pan in 2019, while the first book was published in 2017.

These changes to Sam mean I can do much more with him as a character, and there a bunch of hooks that let me put him in situations that challenge him. I also get to find cool ways to use his anxiety in ways that show he’s really much stronger than he thinks. That side of him will never disappear, but instead Sam can learn to interact with others while confronting his fears, just like all of us do. – The appearance of a new house of the maji is not to be as surprising as its origin. My apprentice, who firmly appeared to be of the House of Communication, is the one who is showing me these new things, at my age. Truly, the Nether is changing.

Journal of Origon Cyrysi, Kirian majus of the Houses of Communication and Power

A chime erupted through the Imperium, as if all the crystal plates in the world rang and shattered at once. Samuel van Oen held his ears and, through the window of his mentor’s apartment, watched a flight of alien birds split and scatter at the noise.

“What was that?” Sam dropped his hands from his ears as the sound stabilized into a deep, clear tone he felt in his gut. It was loud, but not as unbearable as it had been. Deep in the back of his mind, the Grand Symphony responded to the noise like a tuning fork against a plate of metal. The different rhythms fractured and multiplied at the chime, like the whole world was vibrating.

No one answered his question, as Majus Cyrysi was out again. The Kirian had spent more time in the libraries of the Spire than in teaching Sam, not that he was ever particularly good at teaching.

The tower of the House of Communication vibrated beneath Sam’s feet as the sound lessened to a background hum. The music normally playing in its halls had ceased during the explosion of sound, but now picked up fitfully, warring with the chime’s resonance. The flock of birds—with crests of orange, and three scaly wings down each side of their body—swooped in an irregular pattern, disrupted by the noise.

Sam went to the window and looked down. To one side, dust fell from the strange stone bridge that ran from the middle height of the House of Communication to the immense wall of the Nether. He’d been out on it before, as it was a curiosity of this House, and maji occasionally used it to take in the view. There were a few maji on it now—a tall Etanela and two Methiemum—looking up at the immense wall of the Nether, bathed in blues and purples like a titanic sheet of ice.

On the ground far below, people milled around in confusion. Sam guessed the bell-like sound wasn’t normal, but he’d only been in this place a little under two months. Before that, things became blurred and hazy in his mind. The presence that had rooted through his head took many of his memories. He remembered Earth, and that he had stayed with his aunt after something happened to his parents. Their faces refused to come to mind. Thinking about what happened at the Dome of the Assembly made him seek the silence of Majus Cyrysi’s apartment, and he couldn’t stop. He was obsessing about what he could have—should have—done differently. He was slowly spiraling down to a place of solitude and loneliness, and his body wouldn’t obey his deeper wish to break the cycle.

Sam jumped back from the window as someone banged on the door. A spike like an icicle in his gut went through him. Sweat pricked his forehead.

Don’t be someone new.

It could only be one of a few people, but his throat threatened to close at the thought of explaining why he was sitting here alone, staring out a window. How long ago had Majus Cyrysi left?

Sam put one eye to the peephole in the door, then sagged in relief. It was Enos. He could ask her about the sound digging its way into his head.

He opened the door and let his friend in, looking her over. There were bags under her eyes and she hadn’t combed her long black hair.

“You haven’t slept either, have you?” said Enos.

Sam let out a burst of air. It wasn’t quite a laugh. “That’s what I was going to say.” He pulled her into the room by her hand, quickly closing the door. The hall should be familiar, but it didn’t feel like the right day to go outside. Again.

“You hear that too, right? Do you know what—”

Enos shook her head. “No idea. I was about to ask you. People are running around like mad. I don’t think anyone knows.”

Then why would she think I knew? He stared at the closed door.

Enos followed his gaze, then took his other hand. “It’s been a ten-day since you left Majus Cyrysi’s apartment.” She winced as if she had a headache. Probably that irritating chime. It was like a dull drill, pressing against the back of his head.

Sam frowned. Now wasn’t the time to talk about going out. Couldn’t Enos see he had other things on his mind?

“Before this noise started I was trying to remember…remember—” He bit his lip and focused over her shoulder. It was something about Earth. He’d almost had it.

“Remember what?’ Enos asked, bringing his focus back. “Is it connected with the attack on the Assembly? Or about the new themes you hear in the Symphony? Can they help us find Inas?”

Sam shook his head. He was letting Enos down.

She won’t want to be with me anymore.

He knew it wasn’t true, but the fact beat against the inside of his head. Inas had been the other side of a scale, balancing him. Without him, everything was harder. William C. Tracy is a North Carolina native and a lifelong fan of science fiction and fantasy. He self-published his Dissolutionverse space opera books and has one epic fantasy published with a small press.

He also has a master’s in mechanical engineering, and has designed and operated heavy construction machinery. He’s trained in Wado-Ryu karate since 2003, and runs his own dojo in Raleigh. He is an avid video and board gamer, a reader, and a writer.

In his spare time, he cosplays with his wife such combinations as Steampunk Agent Carter and Jarvis, Jafar and Maleficent, and Doctor Strange and the Ancient One. They also enjoy putting their pets in handmade costumes and making them cosplay for the annual Christmas card. Get a novelette by signing up for William’s mailing list at http://williamctracy.com, or follow him on Twitter at https://twitter.com/wctracy for writing updates, cat pictures, and martial arts.