Hi guys, we have Shane K. Morton popping in today with the tour for his new release Fault Lines, we have a great exclusive excerpt and a brilliant giveaway so check out the post and enter the giveaway! ❤ ~Pixie~ 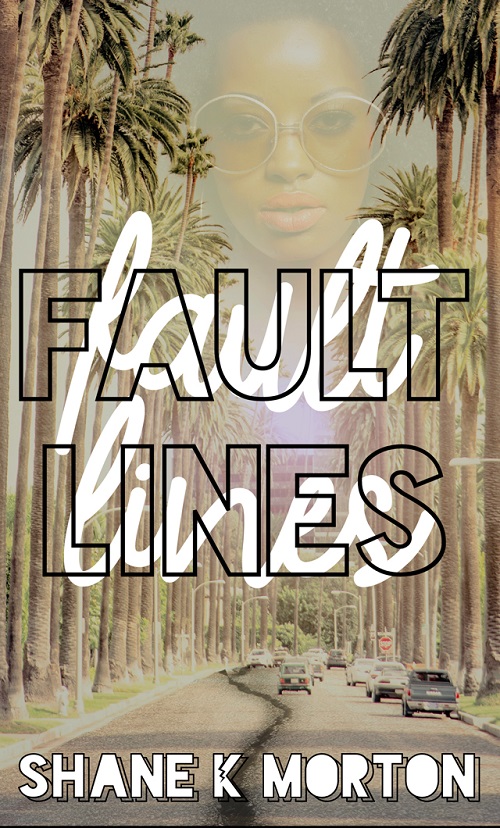 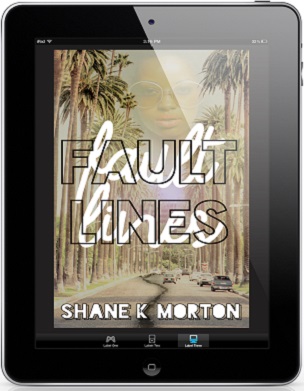 Harrison was always prepared for Cole to get bitchy. It could happen at any moment and never at a good time. They had been together for four years and cohabitated for the last two, and they only argued about one thing, Harrison still hiding in the gay closet.

“I don’t understand why you can’t come to the premiere with me?” Cole said sharply, knowing the answer before Harrison even opened his mouth. It would be the same stupid excuse he always used.

“Well, we went to that Pixar premiere together last week,” he began, using the most soothing of voices.

“Oh please. Really? It’s lame, Harrison,” Cole said cutting him off. “It’s just a stupid premiere. We’re not holding hands or making out for God’s sake!” He threw his hands up in the air trying to show how furious he was. “And you know that this is a film I really want to see. And for Godsake, Harrison, the premier is still six weeks away.”

Harrison grabbed his hands and tried to hold them so he could explain. “Honey, you know that the network wants me to…”

“Like I give a shit! Fine go with Steffany. Make googly eyes at the stupid bitch, see if I care,” Cole said taking his seat belt off so he could get out of the car before he said something he might regret. Harrison put his hand on his bony shoulder to gently stop him from leaving.

“Come on honey, it’s not like that, and you know it. It’s just appearances for the show,” Harrison explained, this time adding a pathetic whine to his voice to show his regret.

“Oh that’s rich, real rich, and don’t honey me when we’re arguing.” He quipped acidly, brushing Harrison’s hand expertly off of his shoulder. “Do you want people to see you touching me right now?”

Harrison took a moment to respond, slowly pulling his hand back, this was a parking lot at Ralph’s after all. “The show is just feeding the press; you know this…”

“This is 2019, Harrison! The fact that you are still in the Hollywood closet is stupid, and it’s daytime TV, who even gives a fuck?” Cole said opening his door.

“Hey, that daytime job treats me pretty good.” He said defensively. He hated when Cole ridiculed his acting career, especially since Cole was a reality TV producer, the lowest of the low.

“Whatever, I’ll go with Diego. He would love it,” Cole said slamming the car door shut again and leaning back in his seat, knowing what kind of reaction this news would bring.

“He would also love to love you,” Harrison said coldly. He hated that Cole kept in touch with Diego, a failed pop star who still harbored an old crush on his boyfriend.

“Oh, you can’t play the jealous card when you are going to have that walking STD, Steffany, slung up all over you.” With that being his last word he opened the door quickly and slid out of the car.

“Honey, you know she only likes Latin men, and she knows which way I go,” he said laughing. Cole’s face went rigid.

“I don’t care, Harrison. Look, I love you, but eventually, you are going to have to decide, you know.”

Harrison shut the driver side door, using his fob to lock and secure the car. The beep echoed its response. “I know. You know I love you,” he softly said as if the “L” word might travel or there was a hidden microphone hovering over him that would announce his gayness to all of the people shopping at Ralphs.

“Heads up – looks like someone’s spotted you, Mr. Daytime,” Cole said coldly, walking towards the doors to the grocery store. “After you’re Instagrammed, come find me. I’ll be in the meat department… Cruising!”

“I love you on my stories,” she exclaimed. “Can I have a picture? My friend Helen will never believe this!”