Hi guys! We have Garrett Leigh stopping by today with her new release Finding Home, we have a hard hitting excerpt and a fantastic giveaway, so check out the post and leave a comment to enter the giveaway! <3 ~Pixie~ 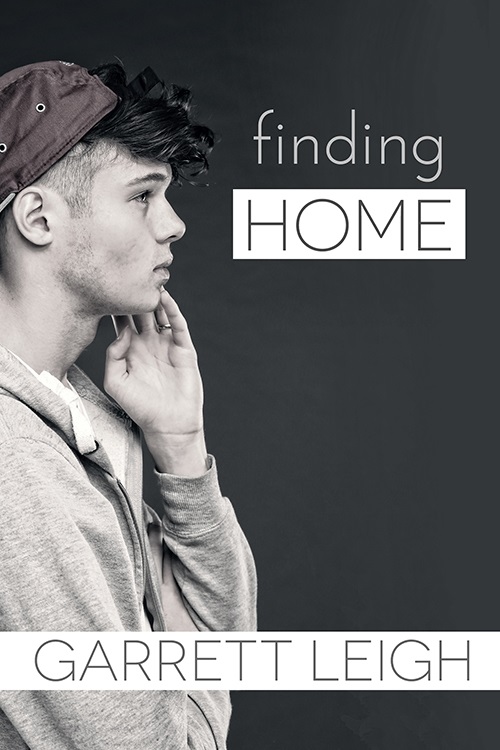 How do you find a home when your heart is in ashes?

With their mum dead and their father on remand for her murder, Leo Hendry and his little sister, Lila, have nothing in the world but each other. Broken and burned, they’re thrust into the foster care system. Leo shields Lila from the fake families and forced affection, until the Poulton household is the only place left to go.

Charlie de Sousa is used to other kids passing through the Poulton home, but there’s never been anyone like his new foster brother. Leo’s physical injuries are plain to see, but it’s the pain in his eyes that draws Charlie in the most.

Day by day, they grow closer, but the darkness inside Leo consumes him. He rejects his foster parents, and when Charlie gets into trouble, Leo’s attempt to protect him turns violent. When Leo loses control, no one can reach him—except Charlie. He desperately needs a family—a home—and only Charlie can show him the way.

The old Swindon house had broken doors. They stuck, never closed properly, or opened on the first try. The front door was no exception. Until the fateful morning Dennis Hendry kicked it open with a single blow of his steel-capped boot.

Leo jumped and jostled Lila, who was eating her Shreddies beside him. Milk sloshed onto the table, and their mother froze, dishcloth in hand. “Oh God. It’s your dad. Leo, quick! Get in the cupboard.”

The front door banged again as Dennis slammed it shut. Leo gathered Lila in his arms and scrambled for the cupboard under the stairs—the dark, cramped place where they’d hidden from Dennis and his rage for as long as Leo could remember.

A shadow darkened the kitchen doorway as they made it inside. Wendy moved to block the cupboard door and nudged it shut with her foot. Inky blackness swallowed them, save for a crack of light just wide enough for Leo to see his father’s face for the first time in six months.

Bastard. Weathered, and flushed with booze and rage, Dennis hadn’t changed. He slammed his fist on the kitchen table, and more milk spilled out of Lila’s bowl. “Look at this bloody mess. This how you keep my house, eh?”

“What do you think?”

Dennis towered over Wendy, leering with his flinty gaze. She leaned back, and he caught her by the throat. “Oh, no, you don’t. You stay put and hear how it’s going to be. I’m getting tired of that manky bedsit. I want to sort this nonsense out today.”

Wendy’s plea was cut off by the squeeze of Dennis’s hand around her neck. He tightened his grip until her face reddened and her eyes bulged. Then he let her go with a sneer. “Clean this mess up, then sit down. We’re going to have a little talk.”

Wendy didn’t argue. She shot a furtive glance Leo’s way, and set about clearing the detritus of their abandoned breakfast: Lila’s Shreddies, Leo’s toast. She picked up her own teacup, and her hand began to shake.

Dennis growled. “Get on with it, woman.”

Woman. A sudden coldness swept over Leo, and the panic in his heart subsided to a steady beat of fear-laced rage. He closed his eyes and imagined bursting out of the cupboard and punching Dennis so hard his teeth shattered, like the plates Dennis threw against the wall when his whiskey ran out. Or grabbing the cricket bat leaning against the door and cracking him over the head with it.

Instead, he opened his eyes and remembered the instructions left by the kindly policeman who’d accompanied them to court to file the restraining order: “Don’t fight him. Call for help.”

Leo reached behind him. His mother’s handbag hung open on the hook, like it always did. He felt around and found her phone, swiping at it until the screen flashed to life. Shit. Leo flinched and eyed the gap in the door, but Wendy had Dennis’s attention.

She set the breadboard on the side as he watched her every move. “You’re not supposed to be here.”

Dennis folded his arms across his broad chest. “Do you think I was stupid enough to listen to them coppers, you daft bitch?”

“What do you want, Dennis?”

“I want what’s mine. I got the papers in the post this morning. Divorce, eh? Who the fuck do you think you are?”

“The kids aren’t here,” Wendy said, her voice rising in pitch. “Take what you want and leave.”

“Not here, eh?” Dennis glanced up at the ceiling. “Maybe I should go and check. Is Leo in bed? Maybe I should drag him out by his poofy hair. Show him my belt again.”

It was Dennis’s favourite way to break Wendy, certain in the knowledge that she’d do anything—take anything—to protect her children. But this time, she didn’t falter. “Check all you want, then get the hell out.”

Dennis turned his lips up in a snarl, and his impotent posturing morphed into deadly fury. He lunged for Wendy and grabbed her hair. Her terrified shriek rang out as Leo jammed 999 into the phone.

“Emergency services operator. Which service do you require?”

“Speak up,” the operator said. “I can’t hear you. Can you tell me your name?”

Dennis threw Wendy against the wall. The impact rattled her bones and snapped her head back.

Dennis seized the abandoned bread knife from the kitchen counter. Leo closed his eyes. Buried his face in Lila’s sweet-scented hair. A dull thud rattled his skull, then another, and another, like the kicks and punches he’d heard so many times before.

But this wasn’t like the other times. Wendy’s gasp was different, stuttered and strangled. Empty. Hopeless. The phone line buzzed and crackled. Leo counted three heartbeats before the operator took a breath.

“Hello? Are you still on the line? Which service do you require? Do you need assistance?”

Dennis was by the stove, bending down with an unlit cigarette in his mouth. A nearby tea towel caught alight. He shoved it aside into the stack of newspapers ready for recycling. They ignited. Leo watched the flames begin their dance, and clutched the phone tighter. “Come quickly. My dad just killed my mum and set the house on fire.” To celebrate the release of Finding Home, one lucky winner will receive a $20 Riptide credit!

(Entries close at midnight, Eastern time, on October 14, 2017. Contest is NOT restricted to U.S. entries.)