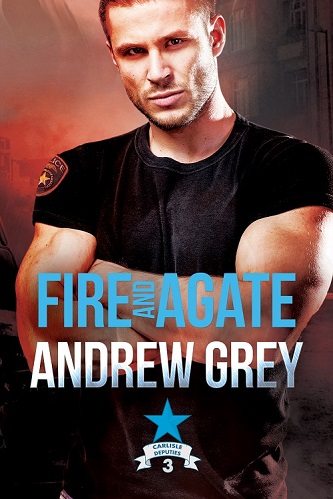 Blurb: When Chris Anducci is moved off jail duty and into the sheriff’s office, he doesn’t expect his first assignment to be protecting a witness against a human trafficking ring. Knowing the new sheriff doesn’t abide screwups, Chris reluctantly agrees to work the case.

Chris opens his home to Pavle, but he doesn’t expect Pavle and his story to get under his skin… and stay there. Soon they discover they have more in common than either of them thought. Slowly Pavle comes out of his shell and Chris finds someone who touches his heart. But as the men looking for Pavle close in, they will stop at nothing to get him out of the way. Even if Chris can keep him safe, he might not be able to protect his heart if Pavle moves back home.

Review: When Chris is assigned to the sheriff’s office he wasn’t expecting his first assignment to be protecting someone. What he really is not expecting is to fall for the man he is protecting. The young man’s story pulls at his heart strings but he is not the only one.

Pavle wanted to come to America and become a citizen. He had trusted those who swore they could do what he wanted. However what he got was not what he had expected. He had been sold many times over and just wanted someone to save him. After a few disasters with safe houses, he finds himself in the protection of one very sexy police officer.

Now my main question is how does Pavle get to the point so fast as he does with Chris. Someone with that much bad experience would have a much harder time then the author has with Pavle. However once you hear Pavle you realize just how much strength he has in him. He is pretty amazing as is Chris. Now I wouldn’t think that when someone is in protective custody he is allowed to just go to church or nanna’s house but one never knows. It just felt a bit off on that part. Other than that this story caught my attention from the start and kept it all the way to the end. It is probably one of my favorite’s as is the series.

Overall the story rocked and gave me pretty much everything I could ask for in a story. I enjoyed reading it and can’t wait to start on the next book.