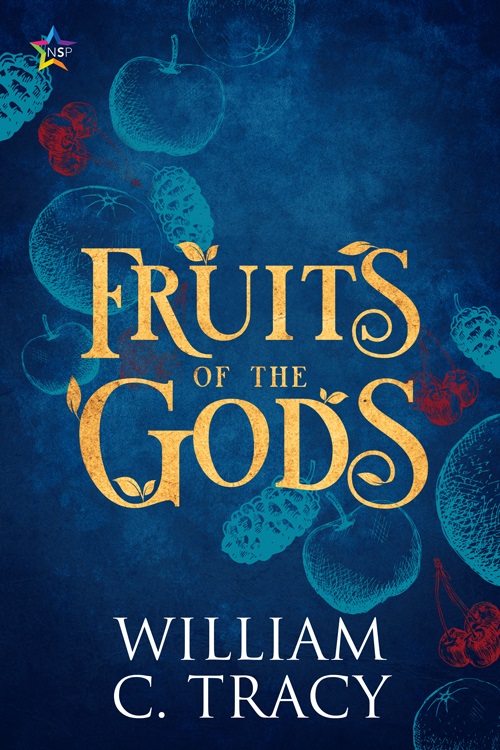 Fruits of the Gods, William C. Tracy © 2019, All Rights Reserved

The gods made mortals as their servants but freed them when they became troublesome to keep. When, against all odds, the mortals prospered on their own, the gods thought to bribe them with gifts to gain their worship.

It was the mistress’s third miscarriage. Kisare knelt beside Bel, both sisters digging the hole to accept the little bundle. The solitary malus tree above them would take the grim fertilizer for its magical harvest.

She could feel the master’s eyes on her back, and Shuma’s, the guard captain. The mistress in her litter, two guards, and three slaves holding torches filled out their party. The flickering glow guttered over the little hole.

The ground resisted Kisare’s chipped spade, and her breath misted as she dug. Moonlight shone on her and Bel through new leaves of the malus tree, standing alone between rows of grapevines. She brushed back long hair, bleached somewhere between silver and white, taking only a second to eye the bundle at the mistress’s feet. The noble blood the child would add to the malus’s harvest did nothing to offset Aricaba-Ata’s frustration. The master doted on his new young wife.

Bel’s spade landed with a hollow thunk. Curious, Kisare dug next to her sister. Something was buried here. She could see no detail in the dark but knew better than to alert their master. It might be valuable. Kisare saw Bel’s eyes locked on the dark corner of the grave. Her spade stabbed underneath, prying the thing up.

Kisare knocked her sister’s arm away, then dug at the opposite end of the hole. Bel took the hint and, frowning, plunged her spade in with too much force. It bounced off a rock, throwing dirt in Kisare’s face. She spit out grit tasting of iron and fertilizer.

Aricaba-Ata, next to his grieving wife, pointed one finger. Torchlight highlighted the parted lock of red in his white-blond hair. Shuma stepped forward at the gesture. The freeman guard captain was a natural blond, no streaks of magical color in his tight curls. Nor was his hair bleached, as Kisare’s and Bel’s was.

“What was that sound? What did you hit?” Shuma towered above them, the biggest man Kisare had ever seen, rumored to be the disowned son of a neighboring noble.

“It was nothing,” Kisare answered, thinking furiously.

“It was something, blond,” he answered, unlimbering the whip at his side.

Kisare’s back tensed, her shirt scratching against the raised scars. She had to answer. Mortal hands had buried something here. What could she get from offering up the prize? Not as much as keeping the knowledge from the master.

Bel was watching her face, spade poised. “It was a wood—”

“Root,” Kisare finished for her. She pointed at her last mistake, rather than the treasure. It would give meaning to her hesitation.

“See,” she said. “I nicked a root.” It was visible as a glistening wet spot in the moonlight.

The master came forward and peered into the small hole. It wouldn’t harm the tree in the long run, but it was still a slave’s error.

Kisare kept the scream in as the whip drew a line of fire across her back.

“Keep digging,” Aricaba-Ata said. “Do not injure my tree further. It is worth far more than your life, blond. I do not need added trouble.” He stepped back to his wife in her litter, his face blending into shadow.

Kisare put her head down and dug, her back burning. Cold air washed down her spine through a rent in her thin shirt, stark against the hot wetness. Bel followed, digging deliberately. Kisare shifted to a more comfortable position, hoping to keep her shirt from touching the bleeding wound. She didn’t wish her sister to feel the whip but wondered if Aricaba-Ata would have punished Bel the same way. Her sister’s gift for pruning godfruit trees excused her from all but the worst transgressions. Almost all. Kisare glanced down to Bel’s incomplete left hand, resting by the grave.

They finished the hole well enough to please the master, keeping away from where the object was buried. They placed the small bundle by the guard’s torchlight and filled in the dirt. Kisare took a moment to breathe—not long enough to bring Shuma’s whip down, but enough to pull a ragged shawl around her shoulders. She sucked in a breath as it brushed her wounded back. Bel could look at it later. Kisare shivered into the shawl, sweat from digging chilling her. The malus tree was past harvest, and the season was on the cusp of spring. It was the in-between time when even citrons were scarce, and everyone scrimped on godfruit.

Bel helped her to her feet, and Kisare and her sister placed the name-rail in the fence around the tree, under the master’s watchful eye. There were five other name-rails already inscribed, two from the previous miscarriages, and one from Aricaba-Ata’s first wife, Tiamai. The fever had taken her three years ago. Stumps of long-dead malus trees stood nearby, breaking rows of leafless grapevines with their own rotting name-rails. The grapes—normal fruit—were sold to market or made into wine.

“Girl,” Aricaba-Ata directed her, “clean the birthing room before you sleep.” He put an arm around his trembling wife in her litter and kissed her forehead. “Take her back,” he directed the three slaves holding the litter. The other guard left with them, leaving a torch with Shuma.

Aricaba-Ata came forward, taking a slightly wrinkled malus slice from his tunic. Kisare watched, slowly cleaning the dirt from her and Bel’s spades, making time. Aricaba-Ata pushed one red lock—magic gifted from the four gods of the seasons—behind his ear, as he popped the malus in his mouth. Kisare saw the shudder that took his body as he bit down, traces of lightning coursing down his arms, illuminating the darkness. She drank in the display.

Aricaba-Ata stepped close to the new-cut naming rail and lifted his right forefinger. Orange light bloomed in the night; a single pillar of flame. He drew a line of fire across the rail, charring in the name given his stillborn son: Aricaba-Tir. By the time he finished marking the rail, Kisare could see his jaw moving in the few last flickers of lightning as he tried to draw the last bit of juice from the godfruit’s flesh. This far up in the mountains, away from the capital city of Karduniash, and near the ring of devastation the nobles called the Blasted Lands, her master would waste none of the magical juice.

Kisare spun at her sister’s cough, but not fast enough. She had forgotten to clean the spade while watching.

Aricaba-Ata’s backhanded swipe caught her across the face and she fell to the ground, her head bouncing. “Be on your way, girl,” he huffed.

Kisare put a finger to her split lip and made the mistake of raising her eyes. This time the blow laid her flat out, darkening her vision.

She scrambled to her knees, slightly dizzy, but kept her gaze down. She probed a loose tooth with her tongue. What had he said? His blow had knocked the sense from her.

“I’ll—I’ll clean the birthing room now, by your leave, master.” Bel’s hand gripped her sleeve, supporting. Aricaba-Ata’s cold eyes were still on her, she knew.

“You can take Tashi’s place filling the latrines tomorrow before your other duties, to remind you not to get ideas above your place.”

She bolted, Bel close behind. The blood in her mouth and on her back were worth the secret buried under the malus tree. William C. Tracy is a North Carolina native and a lifelong fan of science fiction and fantasy. He has a master’s in mechanical engineering, and has both designed and operated heavy construction machinery. He has also trained in Wado-Ryu karate since 2003, and runs his own dojo. He is an avid video and board gamer, a reader, and of course, a writer. In his spare time, he wrangles three cats. He and his wife enjoy putting their pets in cute little costumes and making them cosplay for the annual Christmas card.

He is the author of the Dissolutionverse, about a series of homeworlds connected by music-based magic instead of space flight.