Hi guys! We have B.L. Maxwell stopping by today with her new release Ghost Hunted, B.L. is celebrating the release with a fantastic $10 Amazon GC giveaway, so guys, check out the post and enter the giveaway! ❤ ~Pixie~ 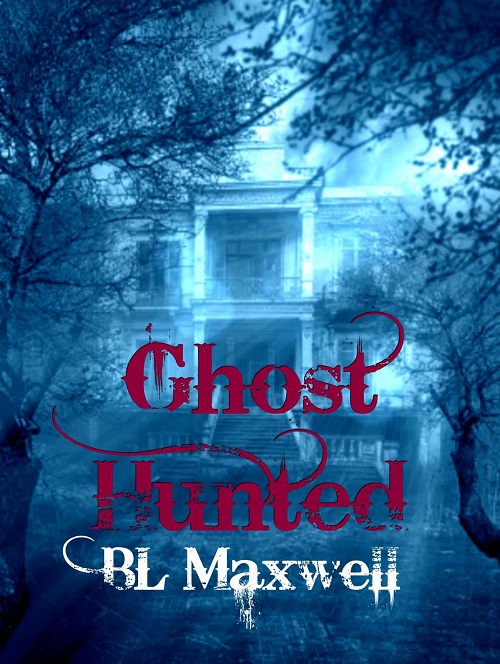 Jason Thomas had always been obsessed with the ghost stories he’d watched on television from the time he was a kid. He’d always dreamed of visiting those haunted places, and playing amateur ghost hunters with his best friend Wade. As they grew older, Jason’s fascination with ghosts grew as well, and he’d drag Wade along to different haunted houses or hotels, always hoping to see an actual ghost.

Wade Rivers loved spending time with Jason, even if it meant he’d have to endure another creepy, supposedly haunted location. Friends since they were kids, and always inseparable, Wade’s feelings for Jason deepened from friendship into something more. Unfortunately, so did his fear of the places Jason wanted to explore.

The chance to spend a weekend alone in a famous haunted house was too much for Jason to resist, and almost too much for Wade to endure. He knew going to the deserted house was everything Jason had ever dreamed of, so Wade tried to put his fears aside. But when paranormal things start to happen, admitting to Jason how he feels suddenly isn’t the scariest thing Wade will encounter. BL Maxwell grew up in a small town listening to her grandfather spin tales about his childhood. Later she became an avid reader and after a certain vampire series she became obsessed with fanfiction. She soon discovered Slash fanfiction and later discovered the MM genre and was hooked.

Many years later, she decided to take the plunge and write down some of the stories that seem to run through her head late at night when she’s trying to sleep.