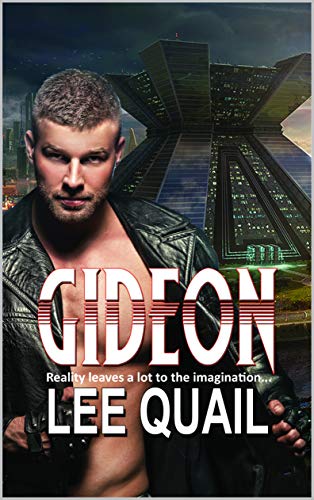 Blurb: It’s the year 2400. Toba has erupted and plunges the earth into a cold, dark volcanic winter. The world is divided into two factions, Denizens who opted to go underground, and the Solarians who remain on the surface. But there is something more than sinister in the air; children have developed kinetic powers, which, used in the wrong hands, could decimate all of humanity. Governments all around the world want them.

But Commander Gideon Kinsman won’t have any of that. He’s prepared to do anything to stop them in their tracks and risk losing friends and colleagues. More than this, he must be prepared to face the ultimate choice; choose the children, or lose the man he loves more than anything in the world.

Review: This is a hard story to review as so much happens throughout. The relationship between Callum and Gideon is not what I would call romantic but it worked never the less. At times I found myself drifting as I struggled to comprehend what was going on and why. But as the story drew closer to it’s conclusion I understood better what had happened.

This is a complex and interesting book that captured my attention from the start. Gideon and Callum worked well together as secrets are revealed about one of the MC’s. I do not want to give away too much in my review though I would never be able to cover everything that happens anyway.

Action packed and mystery surround this story in a unique plot with twists and turns that are unraveled slowly as the book progresses.