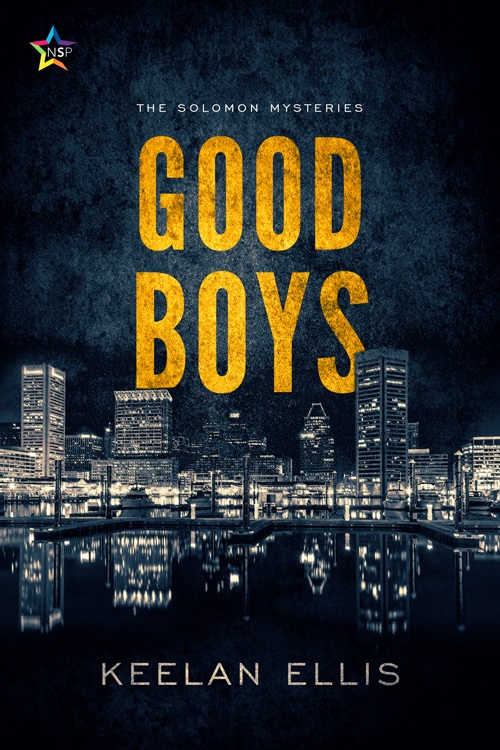 Before he even opened his eyes, Paul knew something was wrong. He could feel the heat of the morning sun on his face in a way that never happened in his west-facing bedroom, but for a few seconds, he couldn’t figure out why it was wrong. The bed felt familiar enough and smelled familiar too.

He sat up slowly, rubbing his face and pressing the heels of his hands into his forehead as if that might somehow hold back the monster headache pushing its way into the backs of his eyes. His stomach lurched as he carefully swung his feet onto the floor, and he took a few calming breaths until it passed. He made his way to the bathroom, at one point losing his balance slightly and bumping into the wall.

In the shower, he leaned up against the slick tiles and angled the showerhead so the water hit him. He tried closing his eyes, but little pinpricks of light blossomed behind his lids. When dizziness set in, he opened them again. Bits and pieces of the night before crept into his consciousness, and he sincerely wished he could block them out for a little while longer. No such luck. The stack of flattened boxes waiting for him in the entryway—and the expression on Andy’s face as he told him he needed to move out—started the whole thing. They’d fought. There were tears, followed by wine and then scotch. Paul was pretty sure what happened next wouldn’t surprise a single goddamn person in the entire world. The worst part was it wasn’t the first time it had happened, and he’d been no less regretful any of the other times. One might think he’d learn his lesson eventually.

Paul stayed in the shower until the hot water was gone, swallowed three Advil, and stared at himself in the mirror. At thirty-eight, he still had his dark curls, but his beard was starting to come in gray where he used to have some copper strands. That morning, he could see the future in his face. He looked ten years older, at a minimum. He picked up his razor and shaved carefully, still managing to nick his jawline with his unsteady hand.

Oh well, maybe I’ll actually resemble a real cop today. Too bad I don’t have any short-sleeved dress shirts. Not that his work wardrobe was any great shakes, but Andy had started buying him ties back when he first joined the homicide squad, and he had excellent taste. In their better days, he’d sometimes tie them for Paul before he headed out the door for his commute to the city. But that was years ago.

Ten minutes later, he was downstairs in the kitchen hunting for his stainless-steel travel mug. He wasn’t late, but he didn’t want to hang around the house and was hoping to make it out the door without a conversation. He poured himself coffee, dumped in some cream, and was just congratulating himself on his success when he walked right past Andy on the way to the door.

“Good morning,” Andy said, sounding much more like a co-worker than a boyfriend of nearly eight years.

Paul couldn’t detect any anger or even regret about the previous evening, but there was no warmth in Andy’s voice at all. He looked at the man sitting on the living room sofa, seeing him more clearly than he had in a while. It was impossible to tell that he was hungover, even though he’d had at least as much to drink as Paul. He was wearing a beautiful wool-silk blend sweater with a pair of slim, dark jeans that had surely cost more than Paul’s entire suit. No tie today, so he must be working from home. His blond hair, just now starting to be touched with silver, shone in the sun coming in through the window. At forty-four, he was in amazing shape and still as gorgeous as the day they’d met. Paul wondered, as he often did, why he couldn’t make himself feel the way he once had about him.

Andy rolled his eyes, winced slightly, and touched his temple. “Don’t worry. I’m not up for a conversation this morning. I wanted to make sure you understand that nothing changes just because we fucked, okay? That was goodbye sex. You still have to move out.”

Anger flared in Paul’s chest. As if he didn’t know that already. Despite his desire to get out the door, he found himself warming to an argument. “Yeah? No shit. Did you think I thought we were getting back together or something? Jesus, we broke up six months ago. If that was an option, it would have happened before now. Did you imagine I was hoping the third time was a charm?”

“Paul,” he said, softening a little, “I can’t do this right now. I get that you’re pissed and you don’t want to deal with it, but I can’t move on with you in my house. It’s too confusing.”

My house. Andy had bought the house in northwest Baltimore County less than a month after they’d started dating. Paul had been promoted to detective a year earlier. Six months later he’d moved in. Two years after that, he’d made it to the homicide division. He’d become a murder police. That had been his goal since he’d joined the department. He enjoyed the job—found it satisfying—but the commute and the crazy hours of a Baltimore City detective were hard on a relationship. You could see the evidence of that everywhere. It had taken a toll on his relationship with Andy, but they both knew it couldn’t all be blamed on the job.

“That’s what you said three months ago.” Andy sounded more tired than angry. “Please. I really need you to follow through this time.”

“I said I’m on it. Today. I promise.” Paul hesitated before reaching for the doorknob. “Should I say I’m sorry about last night?”

“Are you?” Andy asked, raising his eyebrows slightly.

Paul gave him a little smile and shook his head. “Not really.”