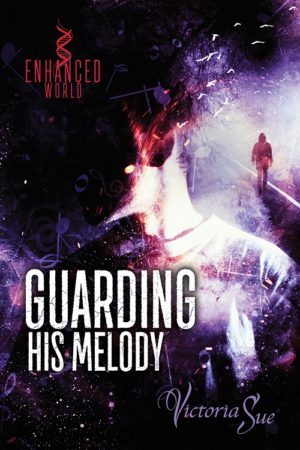 Blurb: Deaf since childhood, Sebastian Armitage had a promising musical future until his dreams were shattered when he transformed at twelve years old. In a world where enhanced humans are terrorized and imprisoned, his life shrinks around him even more as he suffers the torment of his father’s experimental research to enable him to hear.

As the lines between protection and attraction blur, Gray and Seb can’t ignore the intense feelings drawing them together. But secrets and betrayals might prove deadly, unless Gray is willing to risk it all. And Seb must find the strength to make his own future and sing his own song….

Review: Gray is hired to protect Sebastian. What starts out as job slowly turns into something more. Sebastian’s enhanced power was stunning to witness. I loved the slow burn between the two as the story progressed.

This story is not as intense as the other stories in the enhanced series but it still packs a punch. Seb is self conscience and reclusive. He doesn’t trust anyone. The experiments he is put through are mind boggling. I admit I felt his dad was extremely unemotional to the wants of Seb.

My heart went out to Seb as he struggled for his independence against family and a system that gives enhanced no rights. Gray was a rock for Seb when he needed it the most.