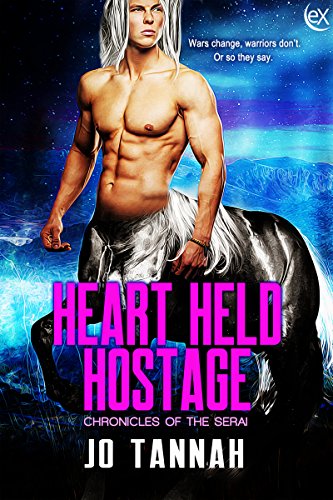 Series: Chronicles of the Serai 01

The Serai have won the galactic war. Tasked to take charge of the human assimilation into their herd, Prince Jytrerd never thought to find a mate among the human slaves. He learns that the human Captain Ian McCaskey is his potential breeder and saves his life. Because they are sterile, the Serai need the genetic materials their captives give to father their younglings. But Ian resists, and it doesn’t take long for Jytrerd to realize that for their relationship to flourish, the two of them must connect on a deeper level. It is now up to Jytrerd to make Ian understand that he is valued above all others.

Review: Prince Jytrerd, is part of an alien species that protects earth. Ian is the captain of a ship that was captured along with others and sentenced in a variety of ways. I honestly did not how I felt about the executions. They were brutal if you ask me but they did not go into detail which I appreciated.

Ian is saved from death by Prince Jytrerd and set in his household, what follows is Ian getting to know his place and the others. But not all is roses. There are bumps along the way that cause major complications for the two men.

Interesting beginning to a series that I look forward to reading more of.