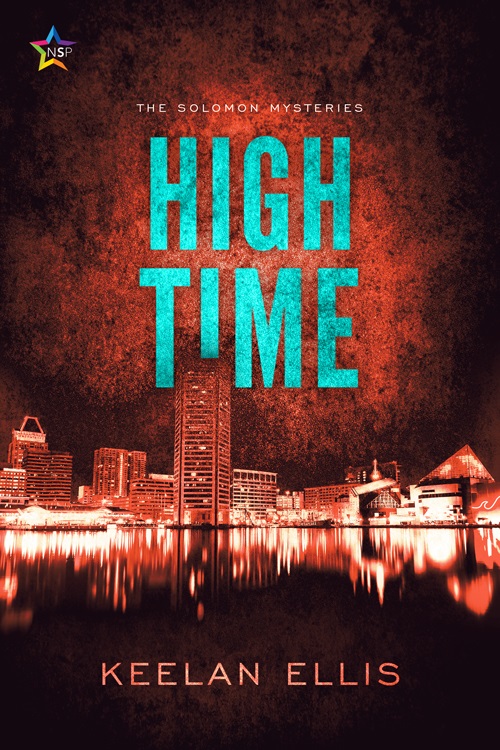 “No, the simplicity of it will keep it from overwhelming. I think it might even make the room seem bigger.”

It was a chilly Sunday in March, and Owen had dragged Paul to the studio of a friend of his from his art school days, promising to find him something to put on the large expanse of blank wall in his apartment. Paul wasn’t sure he really cared, but he knew it was the kind of thing that bothered other people. He liked having art on the walls and furniture that looked nice, but he wasn’t gifted with an eye for any of that. His ex-boyfriend Andy had handled all that stuff for eight years, and now he had Owen to help him with it.

Paul had been dating Owen for almost four months. It worked out pretty well because Owen worked in a bar and usually had to be there until the end of the night. It was a relief for Paul not to feel guilty when work kept him late. Sometimes Owen would knock on his door at two or three in the morning, and Paul would stumble out of bed to let him in. He sometimes thought, in that sleep deprived state, that maybe he should just give him a key. That idea rarely made it to the light of day.

“Can I even afford it?” Paul asked.

“Well, what else do you spend your money on?” He eyed Paul up and down in a conspicuously critical way. “Not clothes, that’s for sure.”

“Your apartment is a one bedroom on the second floor, next to a house full of stoners in Charles Village. Come on, Paul. Be an adult and buy some art.”

“Yeah, well…” Paul stopped himself before he could say something he’d regret. It was kind of ironic to hear Owen telling him to grow up, but it wasn’t worth getting into. “Never mind. Fine. You’re right, I should spend money on something real.”

“Great!” Owen pulled Paul over to his friend Ara and helped him work out the details. When she went to wrap up the painting, Owen said, “Don’t think I don’t know what you were going to say before, by the way.”

“What are you talking about?” Paul asked innocently.

Owen smiled and shook his head. “I don’t want an argument. I just want you to know that I know.”

Paul studied his face for a moment. He didn’t look pissed. He looked a little bit smug, but that was fine. “I don’t want an argument either,” Paul said. He snaked an arm around Owen’s waist and pulled him tight to his side. “I still need you to hang this picture for me.”

“I understand,” Owen said. “I have a few requests myself that I hoped you could help me with.”

“Will I need a hammer?” Paul asked, grinning.

Once Owen had the picture up, Paul had to admit it improved the look of his modest apartment quite a bit.

“Thanks for doing that,” Paul said.

“Yeah. Thanks for picking it out for me.” Paul put his arms around Owen’s shoulders. “We should go out for dinner. Anywhere you want.”

“I kind of want to just stay in tonight. Would you mind? We could just order food and find something on streaming.”

After a pause that went on slightly too long, Paul said, “Uh, yeah. Sure.”

“Nothing,” Paul said, shaking his head. “Sorry. I was just thinking of where we should order from. You want Indian food?”

With a slight frown, Owen said, “Sure, that sounds good. Do you have a menu?”

Paul wasn’t sure what had shown on his face that caused Owen to react, but there’d been a second when Paul felt a twinge of panic. It made no rational sense. Staying in and ordering dinner was exactly the kind of thing Paul usually wanted. His job was tiring, and he didn’t like crowds. But coming from Owen, for some reason, it bothered him, and Paul knew it was unfair.

“I’ll go get it,” Paul said. “You pick out something on Netflix.”

Paul put his unease aside. They watched an entire season of Luther, which Paul loved. He assumed it was as full of inaccuracies as most American police dramas, but because it was English, he wasn’t clear enough on the details of their system to be annoyed by it. Plus, Idris Elba. Owen ended up falling asleep with his head on Paul’s leg by the end. It was as domestic as any evening he’d ever spent with Andy, but instead of making him feel content and comfortable, he only felt restless. He prodded Owen awake and got him into bed.

It was still dark out when Paul was awoken by the phone in the middle of a confusing dream in which he was at a baseball game at Camden Yards with his dad, while somehow simultaneously on the field, playing shortstop for the Blue Jays. His dad was rooting against Toronto, of course, but every time he made a play or got a hit, his dad would say, “That’s okay, son, I love you no matter what.” Not the most subtle dream he’d ever had.

He groped for his phone on the nightstand and picked up. “Solomon.”

It was his boss, Lieutenant Cherise Masters. “I’m sorry to call you so early. I need you to meet Tim and the forensic team at a scene in Leakin Park. I’ll text you the coordinates.”

“Someone dumped a body?”

“You must be psychic, Solomon. Buried it, actually, and a long time ago by all accounts. Pretty much just bones at this point.”

Paul sat up and put his feet on the floor. “Wait. Bones? Seriously? You’re calling me in early on some cold case whodunit?”

Masters was silent, no doubt in an effort to intimidate him. Paul waited her out, and she finally sighed in resignation. “Human remains were found by a couple of guys with a podcast who are apparently doing a series of episodes on the so-called ‘bodies of Leakin Park’.”

“You have got to be shitting me.”

“The last thing we need is another goddamn Serial situation. It has to be done properly.”

“You have to go right now?” Owen mumbled.

“Yeah, sorry. I hate to do this to you, but you have to get up. I’ll drop you off at home.” Paul pushed the hair out of Owen’s face and gave him a kiss.

Owen stretched and then burrowed further into the blankets. “I don’t have to work until four. I’ll just hang around and take the bus from here.”

“That would be fine, except you won’t be able to lock the deadbolt when you leave. Come on, get dressed.”

“Don’t you have an extra key?” Owen asked.

It was obvious Owen wasn’t buying it. He narrowed his eyes and said, “You said that already.”

Paul looked at him and realized that some kind of fight was brewing, and it wasn’t one he particularly wanted to have at the moment. Things between him and Owen had been great, for the most part, but that was going to change if they had to have the relationship conversation. It wasn’t a question Paul was in any way ready to answer. Regardless, he didn’t have time for it. He had to get to a crime scene. “I really need to get going. Can we do this later?”

“We could, but we probably won’t,” Owen grumbled. Still, he got out of bed and pulled his clothes on.

The silent ride from Charles Village to Mount Vernon was mercifully short, and when they pulled up in front of Owen’s building, Paul grabbed his wrist before he could get out. “Hey,” he said, “I don’t want to be in a fight with you.”

Owen sighed. “We’re not in a fight, Paul. You just hurt my feelings. I feel like you don’t trust me in your place.”

“I had a nice time yesterday. Thanks for helping me with the painting. It looks great in my apartment, and there’s no way I could have picked it out myself.”

Owen leaned over and kissed him. “More or less,” he said. “I’ll call you tomorrow.” He got out and walked into his building.