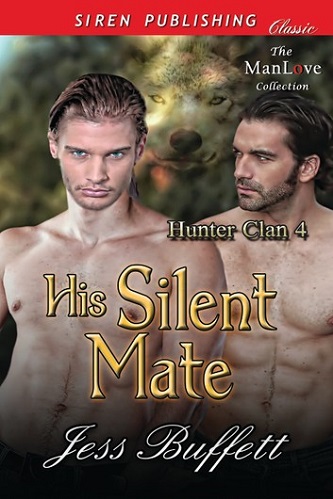 Blurb: Jayden McLeod is used to betrayal. After years spent at the hands of an enemy and unable to speak after his own brother was forced to suppress his voice, he struggles to connect with the people around him. Particularly his mate.

As a Wolf-Shifter/Spirit Mage hybrid, Rhys Scott is used to hiding who he really is. When Rhys learns what the Spirit element has done to his mate, he is hesitant to reveal his true self to Jayden. Like all secrets though, the truth is revealed and Rhy must prove to his mate that he is worth a second chance.

Things become more dangerous when the Clan discovers Potestas is closer than they thought, and are no longer playing by the rules. With new allies and unknown enemies, the pair must learn to trust one another and accept themselves if they stand a chance of surviving.

Review: Jayden and his little sister had managed to escape the evil they had lived in. Thanks to another brother who they were forced to leave behind. He was lost in so many ways and thinks that he is to broken to be of any use. Then he meets his mate.

Rhy had many secrets and one of them most people hated. He was a hybrid and one part of him was the part that scared the crap out of others. When he meets his mate, he tries to hide it. By hiding it might just get his ass kicked.

It gets to be confusing trying to figure out who everyone is. I know that Jayden’s brother was the reason he couldn’t speak, but it came off that it was not his brothers fault. However you find out that it is not what you think. I just couldn’t figure out who was who in most of the story.

However this story was different in the way that they are elements. However you have an alpha who is tough and an omega who is what an omega is suppose to be, sexual wise. But it is not true in some parts of the story. Jayden was a feisty one and I truly like him. I did like his mate, but there were some parts of him that drove me nuts. I must admit that one has to read the previous books to figure parts of the story. However it was not as remarkable as they should be. I didn’t remember any of the previous stories which is not a good sign for me.

Over all I did like the story but not as much as I should. What I want to know was what happened to the one brother they needed to save. It left me questions without answers, which was another bad sign.