Hi guys! We have Amy Aislin stopping in today with her new release Home For A Cowboy, we have a great excerpt and a fantastic giveaway, so check out the post and enter the giveaway! ❤️ ~Pixie~ 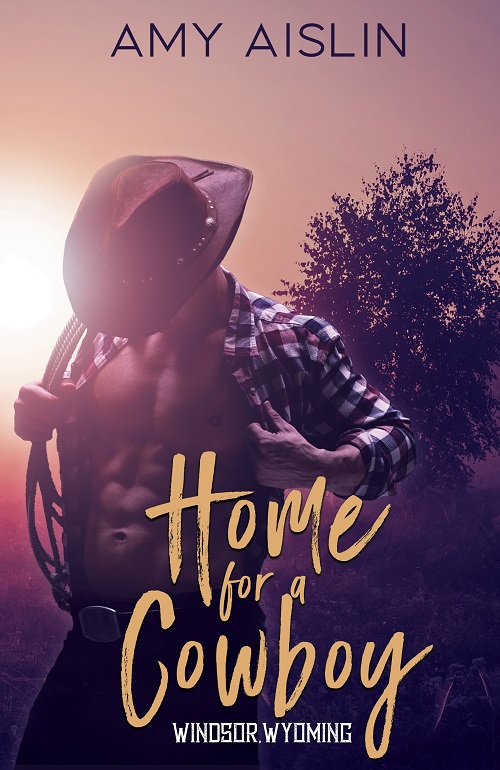 Home For A Cowboy

Lassiter Windsor-March has been planning for his future for as long as he can remember and he knows exactly where that future lies: at his family’s ranch in Wyoming. What doesn’t lie in his future is a summer fling with one of the seasonal workers—they never stick around.

Even if one of those workers is the college crush he’s invited to work a summer job at the ranch.

Marco Terlizzese is as laissez-faire as Las isn’t. He might not know where he’ll be once his contract with Windsor Ranch is up, but he knows three months is plenty of time to get his long-time crush to agree to go out with him.

Amid a starry summer sky, their chemistry ignites as feelings deepen, forcing Las and Marco to decide where they truly belong.

A note from Amy Aislin:

Home for a Cowboy is about giving love a chance and discovering where you belong. If he was honest with himself, Las was seventy-five percent of the reason Marco was here. An invitation to work at the Windsor Ranch wasn’t what he’d expected when he’d asked Las out on a date a couple of months ago on a cold April night. He wasn’t sure what he’d expected exactly, so Las’s rejection hadn’t come as a surprise so much as taken the wind out of Marco’s sails. But a firm no thank-you followed by a job offer? It was out of left field but so what? After all of thirty seconds of weighing the pros and cons—the cons consisting mostly of having no idea what he’d do on a ranch, the pros consisting entirely of Las . . . okay, almost entirely. The rest was made up of nonexistent plans for after graduation—he’d agreed.

Maybe it’d turn out to be the stupidest decision he’d ever made given he’d never been on a ranch. Or near horses. Or cows. Or any large mammal, really.

But spending the summer with Las? Getting to know him better than their quick encounters at the small, outdoor coffee shop—the Coffee Cart—that Marco had worked at on campus had permitted? Maybe becoming something more than friends? Win 1 of 2 paperback copies of Home for a Cowboy + a fabulous character art print and swag!
Must be 18 to enter and win.
Open internationally.