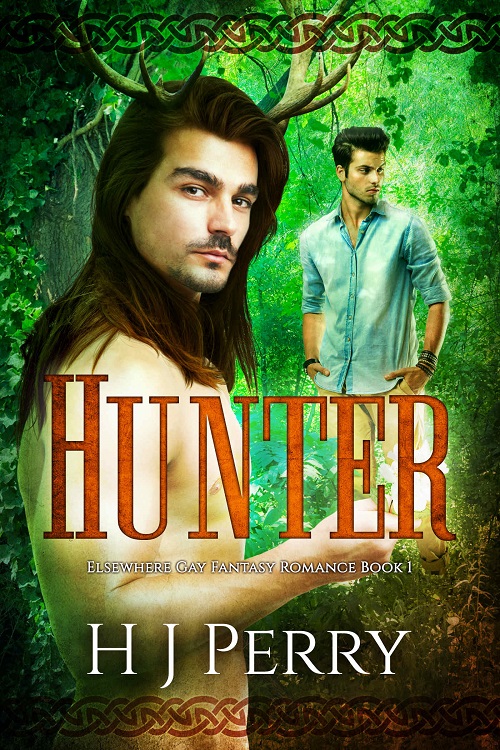 A warm fire crackled close to Pip’s head, and he woke with a start. He rolled back as his eyes focused. A fire burned in a carefully dug pit in the center of the room. Hearthstones surrounded it. Pip lay on what appeared to be a bed, much larger than any back home. A framework of wood, the center piled high with soft fur pelts, the bed dominated the room. Next to him, a dozing wolf-dog lifted its head lazily, looked at him with amber eyes, then dropped its head back onto the furs. A second lay curled at the end of the bed and didn’t wake when Pip stirred.

What the hell was going on?

The animal at Pip’s side rolled over, exposing his belly and pressing up against him. Pip decided they must be dogs, and exceptionally well-trained ones at that, as he recalled their behavior when they’d found him bound to a tree. He ran his hands through the animal’s coarse, thick fur. Its tongue lolled from the side of his mouth, and it panted happily as Pip scratched his stomach.

Wherever this place was, it wasn’t home. Nothing like.

A pelt hung over the entrance to the room in place of a door, and the walls were a rustic makeshift combination of exposed logs and a type of plaster. The room contained very little furniture, apart from the bed. A rickety shelf held some used copper cookware and a few ancient-looking dishes. It was as if this were a temporary camp with no evidence of commodities, no overhead lighting, no electricity, no… no nothing.

Despite how very strange and basic it appeared, it felt warm and cozy, with a homey familiar scent about it.

Pip settled back onto the bed and nestled against the wolf-like dog, finding strange comfort in being so close to such a strong animal.

“Where did the rest of you go?” Pip asked as he stroked its belly. “There were so many of you before.”

“They came with me.” The voice from the doorway made Pip’s heart skip a beat.

He lifted his head. The man who rescued him came through the doorway carrying a bag over his shoulder, his antlers gone and skin free of anything that resembled bark. Free of anything at all, actually.

He stood near the fire pit completely naked.

The rest of the dogs trailed in after him; some of them climbed into bed with Pip, others settled across the room, creating a comfortable-looking pile of warm animal fur. The temperature in the room rose by many degrees, quickly. It must’ve surely been from the warmth of all those bodies.

Not only was the man naked, but gorgeous, too. Pip pulled one of the fur pelts over his lap, hoping to conceal his reaction to the man’s presence. 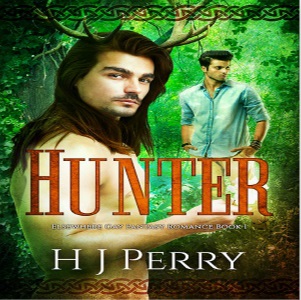