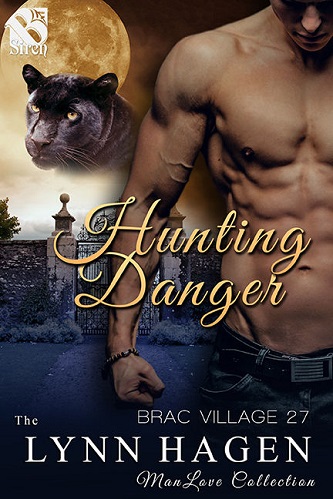 Blurb: Maximus Brisco has been in hiding for over twenty years, terrified Taren Haynes will find him. Two years ago the sheriff of Brac Village found Max and gave what he thought was a normal German shepherd a home. But Max’s secret is out, and now he must convince his mate that he wasn’t purposely deceiving anyone. Too bad Dillon took off the night of his discovery and hasn’t returned.

Deputy Dillon Sloan is stunned to discover his boss’s dog is really his mate. When he finds out Max has trouble on his heels, he sets aside his anger at being duped and decides to help Max. But the masking potion Max has been using for years to hide his scent is having an adverse effect on him. Worse, Taren has discovered where Max is and the demon is coming for him. Dillon must find a cure for Max while trying to save him from a demon out for revenge.

Hiding out at the Sheriff’s house as the cute and loveable German Shepard was going so good for him. However the fact that he was a shifter and hiding from a demon might stand in the way. Max accidentally shifts in front of his mate and has a lot of back tracking to do with not only his mate but the sheriff.

Dillion was past annoyed. He always pet and scratched the sheriff’s dog not knowing that he was a shifter nor his mate. Hell he always threatened to steal him but now the mutt was his permanently. To bad his mate was more into deception then anything. That is until he finds out why.

I actually liked this quite a bit and enjoyed the characters. The story moved at an even pace and was full of action and excitement, not to mention some hot sexy times. I was glad to see Panahasi once more as well as his warriors. I also spent time laughing my ass off with most of it. I always liked a good story with humor in it, and this author gives that in spades.