Hi guys, we have Queer Sci Fi’s Annual Flash Fiction Contest Anthology Impact popping in today to show off it’s wonderful cover, we also have snippets from a selection of the stories and a $25 Amazon GC giveaway, so check out the cover, enjoy the teasers and then enter the giveaway! ❤ ~Pixie~ 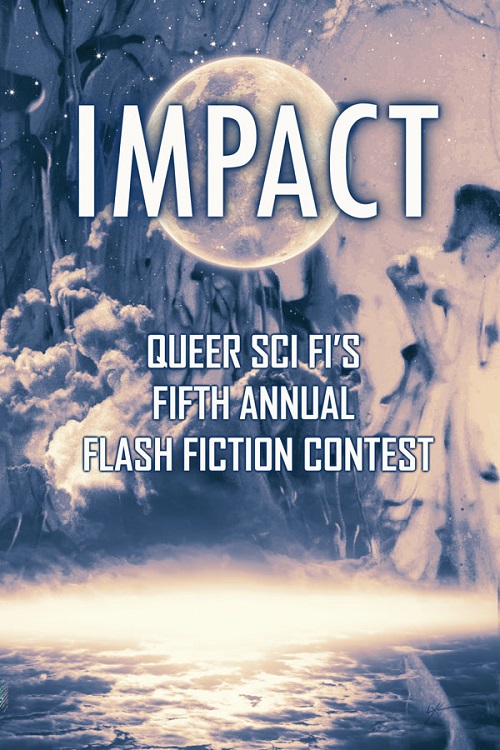