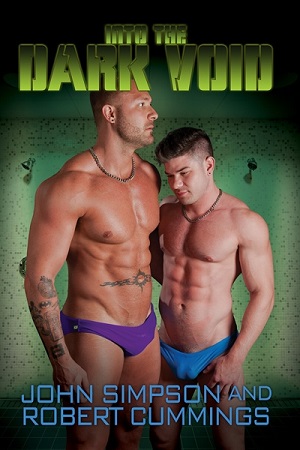 Title: Into the Dark Void

Blurb: Is Earth alone in the universe?

In an attempt to answer that centuries-old question, scientists sent probes into the void, hoping they’d be found by intelligent life forms. In hindsight, it’s decided that giving possibly hostile races directions back to Earth might be a dangerous idea, and the United Space Force Marines are dispatched to recover the probes.

Corporal David Creswell has become a little too close to Blake Bickford, a recent graduate from Marine training, and fraternizing is against regulations. They manage to keep their romance under the radar until they are reassigned to a classified mission to retrieve the probes—aboard a ship where they’re clearly not welcome. While trying to discover who is playing with Earth’s toys in deep space, they’ll give new meaning to “leave no man behind.”

Review: When I saw who the authors were of this story I knew that I had to read it. They write stories that give you a world that has a bit of humor to it even though they have more of a serious tone to them. They also give you sexy men with a lot of depth and detail to them; it feels like you know them. After seeing the cover of the book, I can tell you my eyes went wide and my jaw dropped. What I wouldn’t give to have a man like that.

This is a bit of an oddball story to me, but it was a lot of fun. You get gorgeous men in uniform who are working in outerspace. David and Blake saw each other and knew what they wanted. David is a corporal and Blake was a private, but it didn’t seem to mind with these guys. They are very hot together.

Then while in space one saves the other, and it gets real close for a while there. They came close to death and were going to be in deep trouble with the military. Then more danger surfaced and it was up to them and their friends to keep everyone safe. I must admit that this story is a bit harder to get into and difficult to follow in some parts. The marines have a saying about not leaving any many behind, and these two are definitely backing that saying. I love how protective they are of each other, but that they are still marines.

The story itself is an amazing story but the last few pages seemed a bit forced to me, like they were trying to rush the ending a bit. Other than that, it was a great read. I had fun with it and couldn’t stop reading once I started. I love the author’s gift that they have.