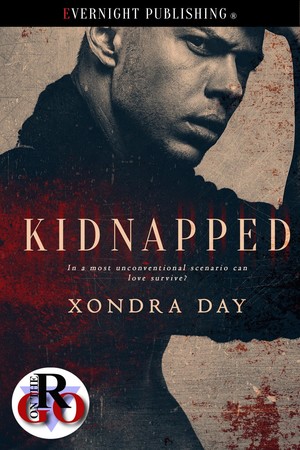 Blurb: Sam Kindley has lived a rocky life. Being a hired gun for a local crime lord isn’t easy, but it pays well, so what’s a guy to do? Life is routine. The boss gives him a job and he completes it without incident.

Kidnapping Tyler Hanson and holding him for ransom seems like an easy enough task. But Sam never expected to be attracted to his mark. When sparks fly between them things become complicated. The heat sears and after a couple of hot encounters emotions quickly become involved.

Tyler Hanson never thought that he’d actually like his kidnapper, but his world is turned upside down in a moment of lust. Things are never what they seem, but maybe it’s all for the best. There’s much more to Sam than his rough and gruff exterior.
In a most unconventional scenario can love survive? Will Tyler?

Review: This is definitely the gritty side of Stockholm Syndrome. Standard rape fetish tags apply.

The constant perspective switching was jarring. Would have been more immersive if Day had picked one character’s PoV and stuck to it.

This said, I’d be interested in seeing Day’s future work after a proficient edit. Kudos for making me squirm with classic gay daddy issues re: “ugh, this guy’s an asshole… and so’s my dad.”