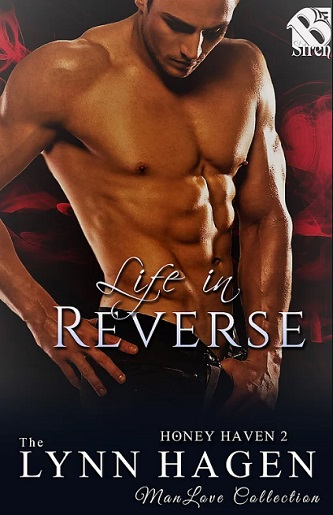 Blurb: Shane Cabell has a reputation at Honey Haven for being a total slut, a title he doesn’t deserve. Sure, he likes to flirt. It’s fun and good for his ego, but Shane tones things down, until Kieran Damiani walks through the hotel doors. The new tall, dark, and handsome handyman flips every trigger Shane possesses. Too bad Kieran isn’t interested in him.

Kieran is running from heartbreak. He takes the job as handyman at Honey Haven to get away from the embarrassment of falling for a player. All he wants to do is start a new chapter in his life, to become the man he used to be, but starting over is never easy, unless a sexy boss walks into your life and flirts with you within the first five seconds of meeting him. But Kieran has a secret that just might get not only him killed, but Shane as well.

Review: Each book in the Honey Haven collection features a new romantic couple. To enjoy the overall story arc and crossover characters, I would recommend reading the series in sequential order.

Shane has a reputation of being a player but truthfully he is just a flirt. His brothers just don’t give him an inch. He however does go with the flow and slows down with it. That is until the new sexy handyman walks in the door. However it would seem Kieran has a few secrets himself. Shane is a bear shifter where as Kieran is a vampire. Two mates that just seem to be perfect for each other.

There is a few issues with the story that are sticking out to me. One of them is there were a few words missing in some of the sentences but it was still easy to follow. Also the story felt rushed and a bit choppy to me. I think the main question I had is that bear shifters have an amazing nose and could scent a mile away. However these guys don’t seem to be able to do that. For one they should have known that Kieran was a vampire but they don’t. Also what is Gus, the questions I have.

Other than that the story was pretty amazing. I got a kick out of Gus as always. The story had a serious tone to it but there was so much humor in it that it just made the story stand out. I love that about these stories. The characters were a big hit as well as the story.

I had a blast reading it and can’t wait to get my hands on it. I can guarantee that it will be read many times over.