Hi guys! We have Anna Martin popping in today with her new release Lone Wolf, we have a great excerpt and a fantastic giveaway so check out the post and enter the giveaway! ❤ ~Pixie~ 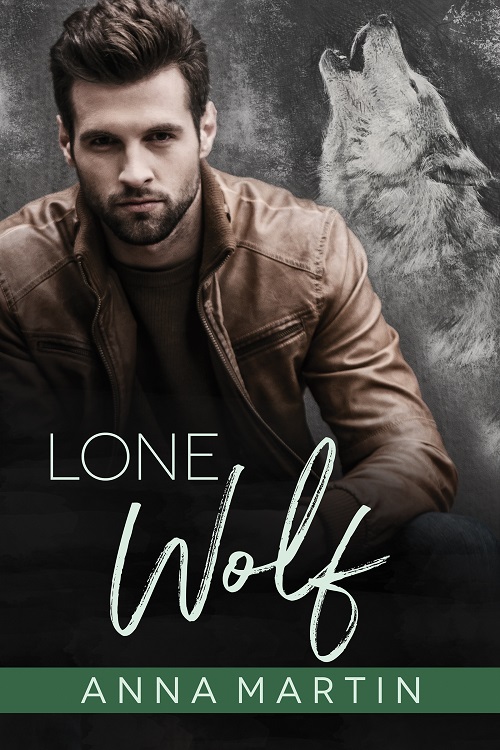 Jackson Lewis isn’t a typical werewolf. He isolates himself in a small town outside Spokane and dedicates himself to making his business—Lone Wolf Brewery—a success. If it leaves him little time for romance, he’s okay with that. His soul mate could be out there somewhere, but he isn’t actively looking.

While Jackson and Leo figure out what their future might hold, they face prejudice from both the human and werewolf communities—including a group of fanatics willing to kill to show humans and werewolves don’t belong together.

JACKSON WAS not the sort of guy people called on in an emergency.

He was the sort of person who stepped back when there was an emergency and let others do their thing. Knowing when to move away and let the experts take over was an important quality.

Today was not his day.

All he’d wanted was to pick up some fresh vegetables at Whole Foods, but a woman in the next aisle was screaming. Actually she wasn’t the only one screaming. There were a few other people doing the same thing, including a baby.

With a sigh, Jackson stuck his head around the corner, his curiosity a stronger instinct than the one to run away.

The woman screaming for help sat on the floor with a baby in her arms. A werewolf baby, by the looks of things, since her fangs were out.

Holy shit. That was definitely not supposed to happen.

Double shit. The mother had made him, probably recognizing him as another wolf.

Jackson set down his basket and jogged over. By now, some of the store staff had gathered round and were ushering all the lookie-loos back. Apparently Jackson and the mom were the only werewolves in the store—just his damn luck.

“Is she okay?” he asked, nodding at the baby and keeping his fingers well away.

“She’s not even two yet,” the mom wailed.

Werewolves didn’t experience their first shift until puberty, most often somewhere between the ages of ten and fourteen. For an infant to have dropped her fangs already was… unusual.

“You should get her over to the Children’s Hospital,” Jackson said gently, still keeping his fingers away from the baby. He definitely didn’t want her to bite him with those fangs. She was a cute little thing, with chubby red cheeks, big brown eyes, and two delicate white canines overhanging her bottom lip that looked sharp as fuck. Thankfully the baby wasn’t screaming anymore. If anything, she looked confused by the noise her mother was making.

Jackson forced down the urge to sigh again. “Come on,” he said. “I’ll take you.”

THE MOM, Katelyn, and baby Ava were safely deposited at the Spokane Children’s Hospital emergency department. By the time they got to the hospital, Jackson felt somewhat responsible for them and walked Katelyn through the doors that led to the werewolf emergency room. It was set away from the human equivalent for a multitude of reasons, some rooted deep in old prejudice, others in practicality. Jackson tried not to think about it too hard. It was a blessing his mom worked here. Otherwise he wouldn’t have had a clue where to go.

He was curious to know what exactly had caused Ava to suddenly sprout fangs ten years earlier than she should have. He didn’t even know it was possible for baby teeth to be fangs. Jackson could sense a Wikipedia downward spiral in his near future, but despite his curiosity, he wasn’t about to stick around and wait for Katelyn and Ava to get a diagnosis.

There was a quick way to get back to his truck and a longer, more convoluted route, but the latter option meant he could avoid passing by the X-Ward. Once, when he was a kid, he’d accidentally glanced into the highly secure space where they kept people who had been bitten by wolves. The idea was to keep those humans safe while they waited to see if they were going to change, or if the antivenom would work if they’d administered it in time, but Jackson had vivid memories of a woman wailing and a teenager struggling to escape two nurses who were trying to restrain him. It looked like hell. His mom had dragged him away quickly when she’d noticed him staring, and lectured him all the way home about not sneaking off.

Though he understood logically why the ward was needed, it still sent a shiver down his spine. So he took the long route back to the parking lot and didn’t grouch about it.

The hospital was bustling with people, which just made Jackson want to retreat. He hated when people got all pushy, and he was definitely in the way, since he was neither a sick child nor someone caring for one.

He was in the process of escaping when a young man rushed down the corridor, replying to a message on his phone and definitely not looking where he was going. The guy barged right into Jackson, almost knocking him over.

“Sorry!” the guy called, already half a dozen steps away. He held up both hands and elegantly turned to stop. “Are you okay?”

Normally Jackson would have just muttered something rude under his breath and made a hasty retreat. But there was something wrong. Very, very wrong.

Maybe the guy saw the wrongness in Jackson’s expression because he hadn’t kept running to wherever was so important he didn’t have time to look where he was going. He took a careful step forward.

“You’re…,” Jackson started, but didn’t know how to finish the sentence.

He was a little shorter and a lot slimmer than Jackson, with reddish brown hair and pale skin. He wore a lanyard with an ID badge, which meant he worked at the hospital. His face was twisted into gentle concern.

“You’re my soul mate,” he said, the words feeling wrong in his mouth.

His heart gave an encouraging thump. Jackson felt sick, but there was no point denying it. The pull came right from his gut, making his vision sharpen and senses heighten. He blocked off everything around them instinctively, letting his world narrow to the two of them. The busy hospital all but melted away, leaving him intently focused on the young man in front of him.

Jackson was already in tune with this curious stranger, the one looking at him now like he was going mad. Maybe he was.

“I’m human.” The guy shook his head, like Jackson was wrong.

That wasn’t important. Jackson didn’t know how to explain it to himself, let alone to the poor guy standing in front of him now looking both shocked and terrified.

“I’m so sorry. I have to go,” the guy said, digging into his back pocket. He pulled out a dog-eared business card that he shoved at Jackson. “I have a meeting, but… you should call me.”

He was gone before Jackson could say anything else, disappearing around the corner. People kept rushing past Jackson, but he couldn’t make himself move. Eventually he looked down at the card.