Hi guys! We have Quin Perin popping in today with their new release Lost and Found, we have a great excerpt and a brilliant $10 Amazon GC giveaway so check out the post and enter the giveaway!❤ ~Pixie~ 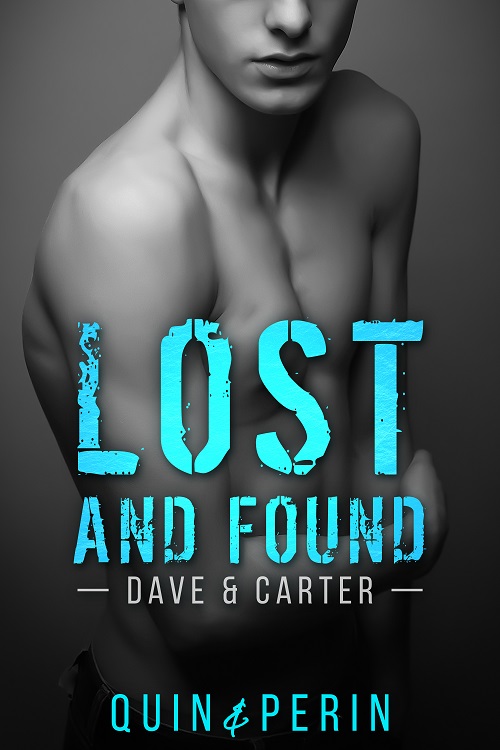 and he calls me Daddy.

I brought him to his knees until he did the same to me.

“He was like a greedy little puppy, trying to please me. And goddamn, I needed him to need me.”

A May/December Second Chance Romance with a sprinkle of Daddy Kink. After their first encounter in “Take it All”, Lost and Found explores how Dave and Carter’s relationship took root and blossomed.

As a standalone novella, Lost and Found features explicit adult m/m content, Daddy Kink, age gap as well as romantic elements. The book ends…well, let’s see how it ends, shall we? “Please,” Carter begged, tears in his eyes. Desperate, that’s what he was. The schedules I’d given him worked most of the time. But he needed the physical contact.

I released his hair and cupped his jaw, fingers digging into his cheeks. “You crossed a line, boy. Now go sit on the couch and think about what you’ve done before I do something I’ll regret.”

There it was again, that daring glimmer in his eyes. His hands almost touched the thick bulge I sported, but he knew better. He receded, never breaking eye contact while I nodded and praised him, “Good boy.”

It took another fifteen minutes to clean up the kitchen and cool down. I felt sick thinking about what had just happened. Our kinky connection almost exposed because Carter loved to play with fire. He wasn’t an ordinary submissive. Not like the ones I’d read about online. He was cheeky as fuck. But there he sat, with his head bent and his hands resting on his thighs, waiting for me to come over.

“I am sorry, Daddy,” he whispered when I rounded the couch and stood in front of him.

Staring up at me from the couch, he worried his bottom lip, chewing the right side of it until it was raw and swollen. I hated that habit.

“Stop biting your lip,” I ordered and brushed my thumb over it. The moment we connected, Carter’s eyes slid closed, and the tension seemed to flow from him. It’s what he needed, my touch, my affection.

“I’m sorry,” he murmured when I dipped my thumb into his mouth, pulling his lower lip down.

“You gonna make it up to Daddy?” Arousal was beating rage into submission, shutting off my brain. I needed to punish him as much as he needed me to do it. He’d won.

I made him undo my jeans. Which he did with such enthusiasm, I almost forgot the way he’d behaved. Next, he pulled down my briefs, letting my pulsing erection jut free. He tried to catch it with his mouth, but first it slid over his cheek, a string of precum landing there. I’d never seen anything sexier.

I moaned at the way he worked me into his mouth. That tight and warm heat. That goddamn tongue teasing me. I placed my hands on the back of his head, helping him to take in more. I’d never had someone suck my cock like they fucking loved it. Until Carter did exactly that. He slurped and moaned, his hands at the back of my thighs pulling me in deeper. He was going wild, bobbing and pumping and making my knees shake. I freed my balls while he went at it, blinking up with those big brown eyes, glazed with lust.

His nose nuzzled my pubes, and my balls drew up tight, the tension spiking to new heights, ready to burst. But I didn’t let him finish me. Instead, I yanked him off, eliciting a surprised cry when I spun him around on the couch so his body splayed out on top of it. Carter scrambled, waving his ass at me as though it were my prize. Which it was. But he had to learn he couldn’t risk what we had. Not like that.

Without even undoing his loose-hanging jeans, I tore them down his legs. Another yelp. His underwear and pants pooled around his knees. Gazing over his shoulder with his bare ass on display, I straddled him, my wet cock bouncing with the movement, hanging out of my undone jeans. Carter tried to prop up onto his elbows, but I pinned him down, one hand slamming between his shoulder blades.

“Stay, boy!” I hissed and rubbed my free hand over the globes of his perfect ass. I’d never seen an ass like that, so round and taut and just…yeah, perfect.

Then, the spanking began. This is Quin&Perin. We are a team of Sultry Gay Romance writers who focus on detailed, toe-curling, and realistic smut scenes with a fair share of dirty talking (Oh, boy). Unlike other authors, we write without the goal of publishing anything. Publishing is just the cherry on top of a cream-covered bubble butt. 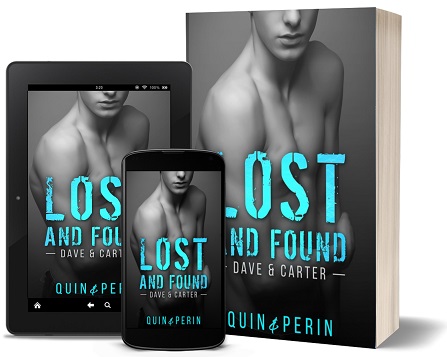